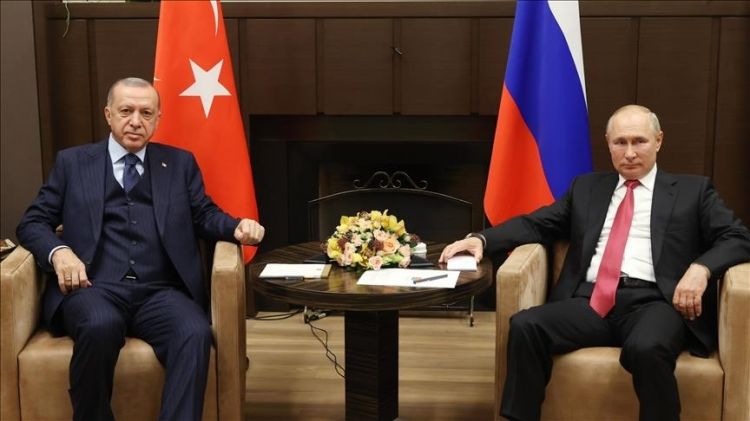 In a phone call with his Russian counterpart, Turkey’s president on Tuesday reiterated Ankara's willingness to keep doing its part for lasting peace with Ukraine, and urged an Istanbul meeting between Vladimir Putin and Ukraine's President Volodymyr Zelenskyy, Anadolu Agency reports.

President Recep Tayyip Erdogan told Putin that continuing the positive momentum achieved in last month’s Istanbul talks towards peace between Russia and Ukraine would benefit all sides, according to a statement by Turkiye's Communications Directorate.

During the call, Erdogan stressed the importance of ensuring a cease-fire, operating humanitarian corridors, and safely carrying out evacuations, the statement said.

He also reiterated Turkiye's willingness to "elevate the Istanbul process" and host a meeting of the Ukrainian and Russian leaders, which he called "an important threshold for negotiations between Russia and Ukraine," it added.

Talks between Russian and Ukrainian delegations in Istanbul on March 29 were seen as a breakthrough in the push to halt the hostilities that began on Feb. 24.

After the meeting, a Ukrainian negotiator said Kyiv wants Turkiye among the countries that will be guarantors in any deal with Moscow.

Turkiye this March also brought together the Russian and Ukrainian foreign ministers in its southern resort city of Antalya, the first meeting of senior government officials from the two sides since the start of the war, now over two months old.