Daily news
Japan adopts additional sanctions against Russia
Ukraine withdraw Iranian abmassador's credentials - "Iran could be demanded to pay a compensation" - Expert says
Armenia and Azerbaijan recognized each other's territorial integrity and sovereignty
It's important to establish a common discussion platform among Azerbaijan, Georgia, and Armenia
If Armenians want to live as citizens of Azerbaijan, I think they will not regret that - Ilham Aliyev
The peace agreement should be initialed as soon as possible - President
If Armenia is interested, the peace agreement could be signed by the end of the year - Ilham Aliyev
Sign the peace treaty with Azerbaijan - Erdogan 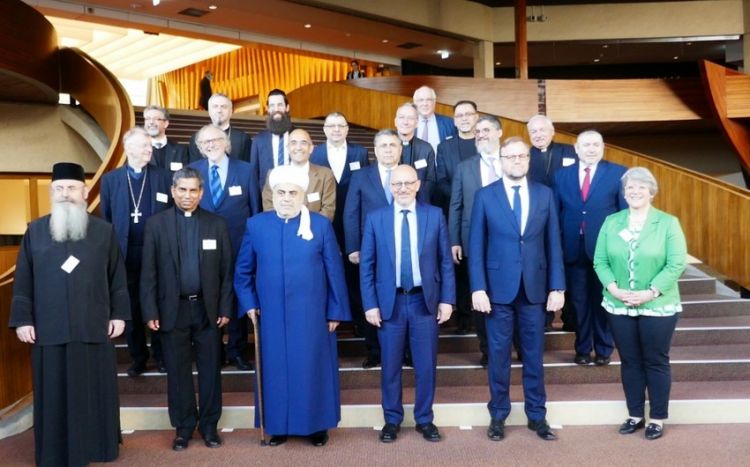 A conference on “Inter-religious dialogue on religion and peace, religion and human rights” is taking place in Strasbourg, Report informs.

Azerbaijan, known to the whole world as a center of tolerance, is represented at the event by a delegation led by Chairman of the Caucasus Muslims Office, Sheikh-ul-Islam Allahshukur Pashazade.