"Both Lukashenko and Putin's threats are no more than desperate attempts of bluffing" - Ukrainian expert
Read: 222

German chancellor vows to continue talks with Putin on Ukraine 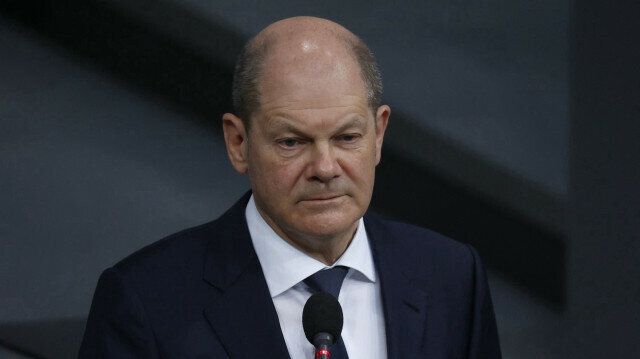 Peace can only be secured if Russia agrees to sign an agreement with Ukraine that Kyiv supports, says Olaf Scholz

According to Yeni Safak, German Chancellor Olaf Scholz said Wednesday that he remains committed to continuing his talks with Russian President Vladimir Putin aimed at finding a peaceful solution to the Ukrainian conflict, according to the German news agency DPA.

French President Emmanuel Macron spoke to Putin on Tuesday. When asked whether he also had corresponding plans, Scholz referred to earlier numerous talks with the presidents of Ukraine and Russia, saying that was the right thing to do.

“And of course I will continue. But the situation is as it is, and we must have no illusions about what is happening at the moment," he said.

The Russian president is still pursuing a goal that is unacceptable and misleading, added Scholz.

Peace can only be won if Russia agrees to sign an agreement with Ukraine that Kyiv supports. "A dictated peace will not work," he said.

The chancellor called the situation "unchanged, threatening" and "dramatic" and called on Putin to end the hostilities.

"Russia should immediately silence the guns," he said.

"This brutal war of aggression against Ukraine has been completely miscalculated by Putin," he said. "Because what he (now) gets is a stronger NATO, stronger organization of security, also in the eastern countries of the NATO area."

"What he has got is a united European Union and many countries in the world acting together; democracies that have organized a comprehensive package of sanctions to make Russia understand that it should end this war.”