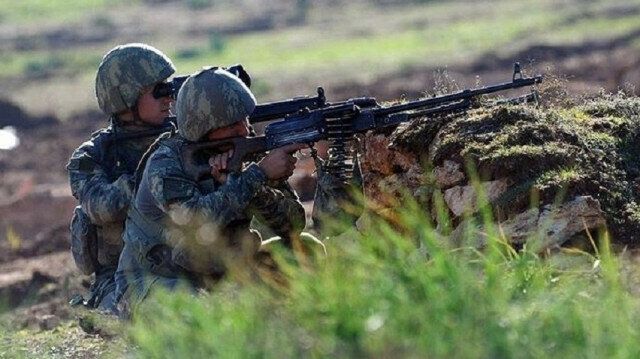 Ekrem Ustek, codenamed Hayri, participated in the acts of terrorism in the southeastern Sirnak province from 2015 to 2016, and was held responsible for the killings of Turkish troops and police personnel.

The terrorist, sought by Turkish police force, has a long PKK-linked criminal record. It was also found that the terrorist spent many years in prison in the 1990s for crimes such as kidnapping on behalf of the PKK, supplying explosives and ammunition, attempted murder, and abducting children for recruitment purposes.

In its more than 35-year terror campaign against Turkiye, the PKK – listed as a terrorist organization by Turkiye, the US, and EU – has been responsible for the deaths of over 40,000 people, including women, children and infants. The YPG is the PKK's Syrian offshoot.