Italy’s Salvini under fire over ‘secret’ talks with Russia - ednews.net

Italy’s Salvini under fire over ‘secret’ talks with Russia 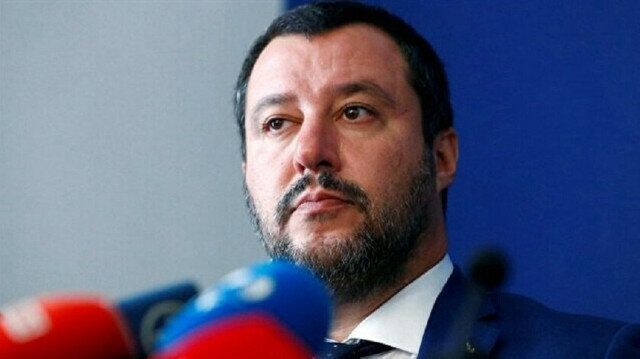 The Domani daily has revealed that since Russia launched its war on Ukraine on Feb. 24, Salvini met at least four times with the Russian ambassador in Rome, Sergey Razov.

The paper describes the meetings as secret – which Salvini disputes – and claims they took place without the knowledge of Prime Minister Mario Draghi or Foreign Minister Luigi Di Maio.

On Wednesday, Salvini admitted on Twitter that he has been “working for peace with ambassadors and governments of many countries, openly,” with “the sole aim of an end to the war.”

“I have done it and I will continue to do it,” he added.

Over the last few days, Italian media said Salvini was planning to go to Moscow to discuss a peace plan.

The trip has been cancelled, while Copasir, the parliamentary committee for intelligence matters, said it would investigate Salvini’s initiatives.

“We want answers, this affair cannot end like this,” the head of the center-left Democratic Party, Enrico Letta, said, criticizing the “negotiations … between the Russian invader and an Italian government party.”

Prime Minister Draghi said his grand coalition government, which includes Salvini’s League party, “would not be swayed by such things,” adding it would remain a staunch ally of its EU, US and G7 partners.

Before the war in Ukraine, Salvini was known as one of the biggest fans in Western Europe of Russian President Vladimir Putin, going as far as wearing T-shirts with the face of the Kremlin leader and signing cooperation deals with the ruling Russia United party.