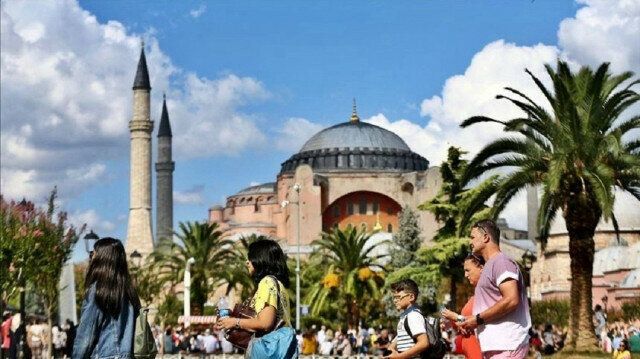 Türkiye hosted 11.3 million foreign tourists during the first five months of the year, according to official figures revealed on Monday, Yeni Safak reports.

The number of foreigners visiting Türkiye in the January-May period rose 207.1% on a yearly basis.

Istanbul, Türkiye's largest city by population and a top tourist draw, welcomed 46.8% of all foreign visitors, or nearly 5.3 million in the five-month period.

It was followed by the Mediterranean resort city of Antalya with 2.25 million foreign tourists and Edirne in northwestern Türkiye, which borders both Bulgaria and Greece, with 1.3 million foreign visitors.

As for the nationalities of foreign tourists, Germany took the first place with 11.6% – nearly 1.3 million visitors – over the same period, followed by Bulgaria (8.4%) and Russia (7.55%).