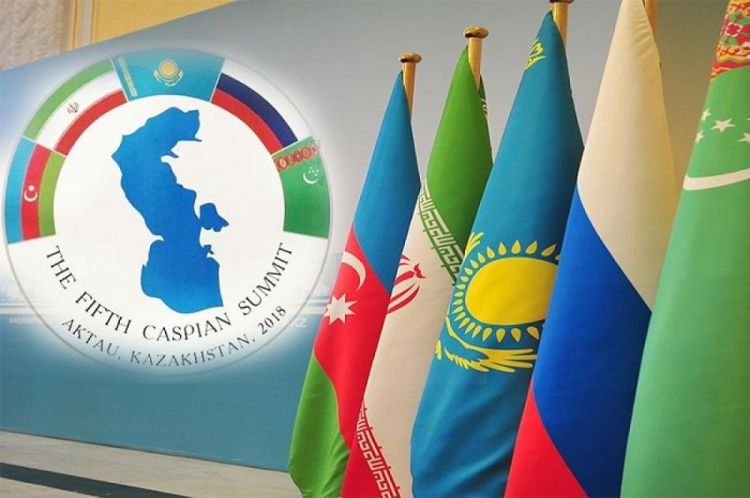 As part of the summit, the leaders of the five Caspian littoral states (Azerbaijan, Russia, Kazakhstan, Turkmenistan, and Iran) will focus on joint cooperation and security issues, as well as will consider the ecological condition in the Caspian Sea.

On June 28, the foreign ministers of the Caspian littoral states came together in Ashgabat to consider the preparations for and coordination of meetings of the state leaders.

Bilateral meetings of the presidents are also planned as part of the summit.

Azerbaijani President Ilham Aliyev is also off to Ashgabat to participate in the summit. Aliyev is planned to have a meeting with Russian President Vladimir Putin to discuss bilateral and regional issues.

“The holding of the Ashgabat Summit of the presidents of the Caspian littoral states, as well as the holding of bilateral and multilateral meetings within the framework of the summit, will contribute to the development of the five countries in trade, transit, energy, agriculture and tourism,” former Iranian ambassador to Azerbaijan Mohsen Pakayin said, Azernews reports, citing Trend.

Pakayin noted that these discussions would help to further enhance marine transit in the Caspian Sea via the ports of five countries. Railways might also be used to boost cargo transit between these countries.

The ex-ambassador stated that the expansion of collaboration among the Caspian littoral states' business sectors, as well as the provision of appropriate assistance and duty reductions, can help to further expand economic connections.

Former Iranian MP Gholamali Jafarzadeh also stated that the Ashgabat Summit might benefit the development of cooperation in a variety of spheres.

Jafarzadeh emphasized that this conference may be seen favourably in a variety of ways, including economic, transportation, energy, freight, and other factors. The Caspian littoral states may enhance their connections by taking use of current opportunities.

“This could result in the development of those countries and the region as a whole. The summit of the Caspian littoral states will focus on the fall in the water level in the Caspian Sea and eliminate environmental problems, and appropriate steps can be taken in this direction," the MP stressed.

The Iranian foreign minister stated that Hossein Amir-Abdollahian his country supports Russia's proposal to establish a cooperation structure in the Caspian Sea.

The Iranian minister emphasized that implementation of this proposal will boost collaboration among the Caspian nations and assure long-term security.

The fifth Caspian summit was held in Aktau on 12 August 2018. The presidents of Azerbaijan, Iran, Turkmenistan, and Russia visited Kazakhstan to sign the convention.

Ahead of the 29 June summit, the foreign ministers of the Caspian littoral states met in Ashgabat, Turkmenistan.