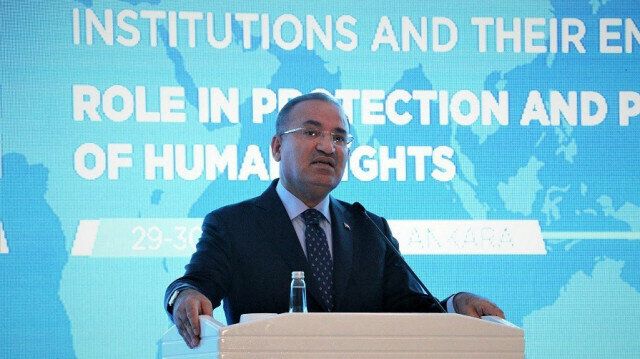 Speaking to reporters after an event in the capital Ankara, Bekir Bozdag reiterated that the Nordic countries should keep the promise made to Türkiye.

He was referring to an agreement signed between Türkiye, Sweden and Finland on Tuesday on the sidelines of the NATO summit in Madrid.

As part of the agreement, Türkiye withdrew an objection to the membership of Sweden and Finland to NATO.

In return, the Nordic countries will address Ankara's concern over terrorism and lift an arms embargo on Türkiye.

Sweden and Finland formally applied to join the alliance last month, a decision spurred by Russia's war on Ukraine.

In its more than 35-year terror campaign against Türkiye, the PKK has been responsible for the deaths of more than 40,000 people, including women, children and infants.

FETO and its US-based leader Fetullah Gulen orchestrated the defeated coup of July 15, 2016 in Türkiye, in which 251 people were killed and 2,734 injured.