Türkiye has no desire to go to war with Greece - President - ednews.net

Türkiye has no desire to go to war with Greece - President 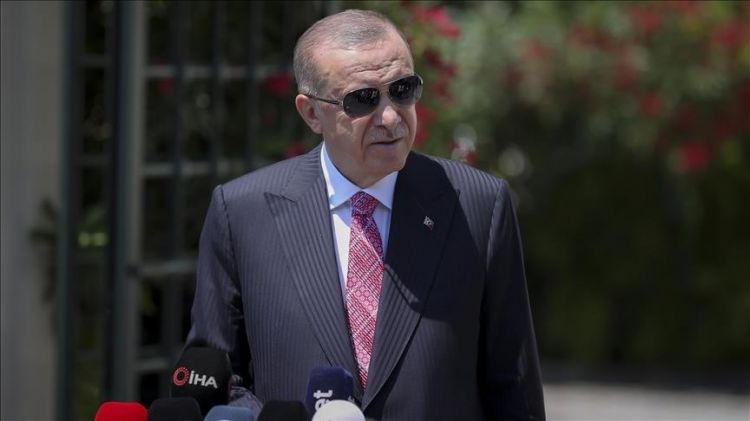 Türkiye has no intention to go to war with Greece, the country's president said on Friday, Anadolu Agency reports.

Türkiye "doesn't intend to wage war against Greece. However, Greece does not keep its promises. They made 147 air violations. If we are neighbors, if we are friends, why are you violating our airspace 147 times?" Recep Tayyip Erdogan told reporters in Istanbul after Friday prayers.

He further said: "If those violations of our airspace continue, then we will continue to do what is incumbent upon us."

Last month, Erdogan criticized Greek Prime Minister Kyriakos Mitsotakis for his comments on Türkiye during an official visit to the US, saying that the Greek premier is no longer fit to deal with.

Türkiye in recent months has also stepped up criticism of Greece stationing troops on islands in the eastern Aegean, near the Turkish coast and in many cases visible from shore.

These islands were required to be demilitarized under the 1923 Treaty of Lausanne and the 1947 Treaty of Paris, so any troops or weapons on the islands are strictly forbidden.

On Türkiye's efforts to mediate a meeting between Russian and Ukrainian leaders, Erdogan said Turkish officials are working to arrange a meeting of Vladimir Putin and Volodymyr Zelenskyy.

The Turkish president also suggested that Ankara could reexport wheat, barley and sunflower oil to the countries facing shortage.