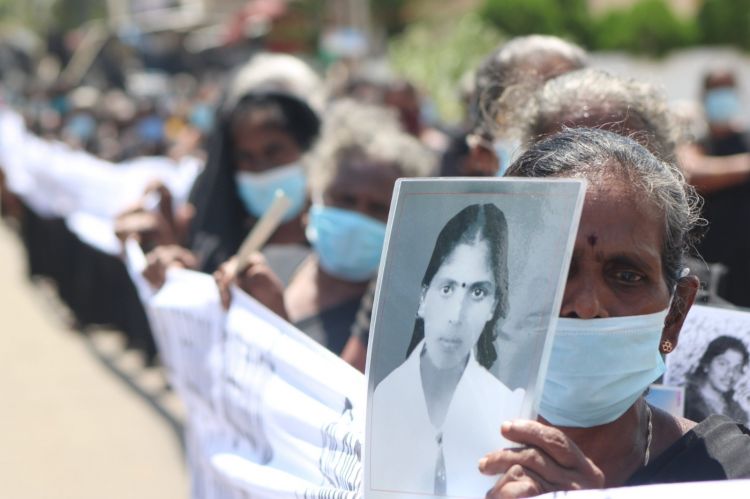 The past few weeks have seen a whirlwind of change in Sri Lankan politics. Months of protest reached a frenzy when demonstrators en-masse stormed the now exiled president’s home and torched the prime minister’s residence. Amidst the carnage, Gotabaya Rajapaksa made repeated attempts to flee the country, reportedly to avoid prosecution. In his absence, Ranil Wickremesinghe, whose party holds a single seat in parliament, was elevated to the highest office in the country.
Met with public fervour, the acting president announced his willingness to allow for a vote on who the next president should be. Whilst many in the Sinhala South seem satisfied with the opportunity to have a new leader after the ousting of one that they had overwhelmingly voted for just two years prior; for Tamils in the North-East, the dismal choice of candidates is yet further proof that Colombo is incapable of reform.
Whilst the Tamil National Alliance (TNA) spokesperson M A Sumanthiran spoke of “conditions” in which they may support a certain party, the Tamil National People’s Front (TNPF) were emphatic in their abstention from voting. With Sri Lanka in flux amidst a historic protest, it seems now is the ideal moment in which the Tamil polity may be able to press for a solution to the decades of ethnic conflict and instability on the island. Yet, as the TNPF explained, each candidate has either shown utter disdain or simply ignored the long standing and legitimate grievances of the Tamils.
In the last election, whilst heavily reliant on the votes of Tamils and Muslims, Sajith Premadasa flatly rejected the 13-point memorandum signed by five Tamil political parties. Though Premadasa withdrew from the presidential race this morning, his spurring of Tamil demands is shared amongst his fellow former candidates. Sri Lanka’s acting president, Ranil Wickremesinghe, has denied the need for an international investigation into war crimes and, when faced with the Tamil families of the disappeared, told them that their loved ones were “probably dead” and to simply move on. Whilst positioning themselves as the liberal alternative to nationalists like Dullas Alahapperuma, Premadasa and Wickremesinghe lay claim that they are the lesser of two evils. But their politics only exacerbates the deep rooted issues that the island faces, as they show themselves unwilling and unable to deal with the core of the ongoing ethnic conflict. Instead, they act as cover for an international community eager to believe that Sri Lanka can reform itself, whilst prolonging the cycles of instability and violence – as the failure of the 2015 ‘Good Governance’ regime so clearly demonstrated.
When examined, the paucity of difference between the Sinhala liberals and Sinhala nationalists is stark. Sensing the insurgency of Sinhala Buddhist nationalism in 2018, former president Maithripala Sirisena sacked his then coalition ally Wickremesinghe and temporarily appointed Mahinda Rajapaksa to the post of prime minister. In 2022 sensing the ire of the international community, Gotabaya Rajapaksa replaced his brother Mahinda once again with Wickremesinghe. It shows that Colombo politics is nothing more than a game of musical chairs. Whilst presenting himself as of a different political persuasion, Wickremesinghe is as fierce a defender of Sri Lanka’s ruling elite as the others. In 2015, he had bragged that he “saved Mahinda Rajapaksa from the electric chair” and has even called war criminals that are barred from entry into the United States his friends.
For Tamils in the North-East, these parlour games are not a surprise. A history of broken promises and unfulfilled commitments left them to abandon hope in Colombo long ago. Instead, Tamil protesters across Eelam consistently address their demands to the international community. They are joined in concert by an international diaspora who have not forgotten the genocide nor the irrepressible desire for a free homeland.