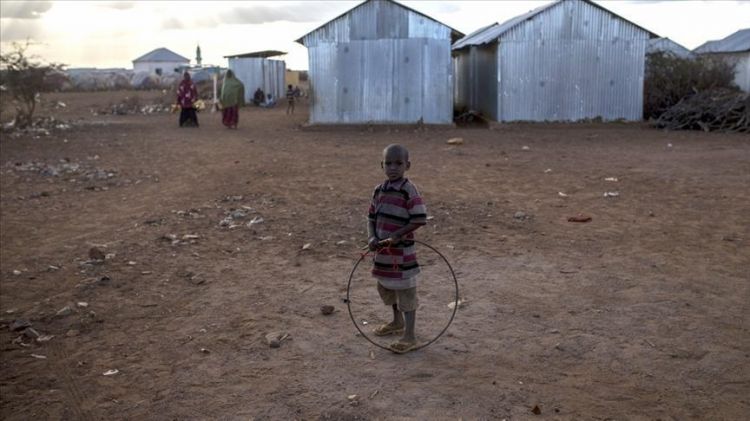 The number of drought-related displacements in Somalia has surpassed the million mark for the first time since January 2021, the UN humanitarian agency said.
In a statement on Tuesday, the UN Office for the Coordination of Humanitarian Affairs (OCHA) said that during the month of July, 83,518 people were displaced by drought, a 26% decrease compared to the previous month.
The new displacements have been observed in Somalia’s Southwestern Bay region followed by Banadir and Gedo regions.
“If the funding gap is not urgently addressed, the real risk of widespread famine may be inevitable,” the agency warned.
Somalia is the worst drought-affected country in the region with more than 7 million people affected.
The Horn of Africa country is experiencing one of the worst climate change-related droughts in more than 40 years.