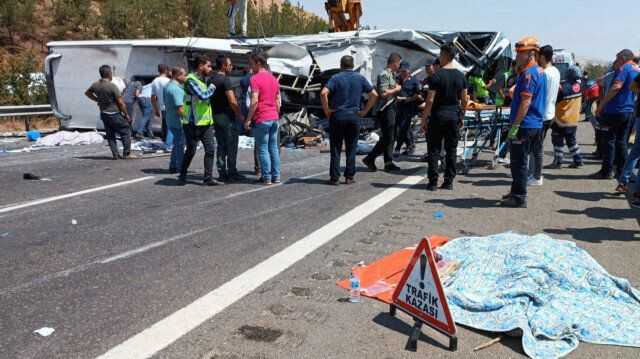 At least 19 people were killed Saturday and 26 injured in a road accident in southeastern Türkiye, according to the health minister.
Fahrettin Koca said on Twitter that six of the wounded are critical and all means are being utilized for the treatment of the injured.
A truck collided with first responders of another accident involving a truck and two vehicles in Mardin's Derik district, leading to casualties.
Interior Minister Suleyman Soylu also tweeted that all teams were mobilized and the injured were being transported to hospitals.