Passengers stranded for hours between UK and France - Eurotunnel - ednews.net

Passengers stranded for hours between UK and France - Eurotunnel 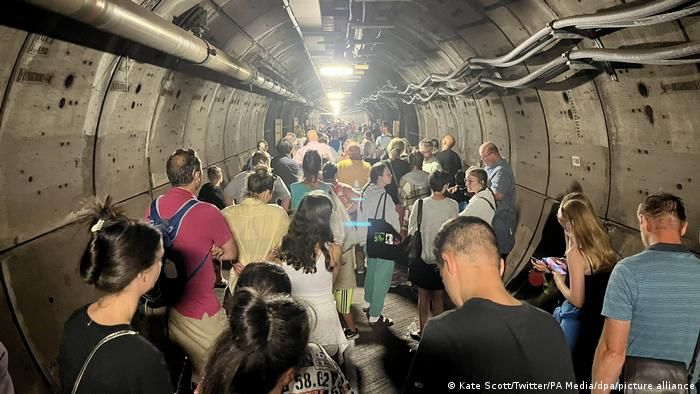 Dozens of passengers were left stranded for roughly five hours after a Eurotunnel train stopped beneath the English Channel on Tuesday. The incident affected the 3:50 p.m. Eurotunnel Le Shuttle service between Calais and Folkestone, DW reports.

The service has returned to normal as of Wednesday morning.

Operator Le Shuttle said a train's alarms went off, and the service was shut off to investigate the problem. The company later told the BBC that the train had not actually broken down but the alarms going off meant an investigation was needed.

Footage posted to social media showed passengers being led through an emergency service tunnel, after having to abandon their vehicles. They were then transferred to a replacement train and taken to the Folkestone terminal in the UK.

As of Tuesday evening, large queues had formed at the shuttle terminal for the 31-mile (50-kilometer) rail route between Britain and France.