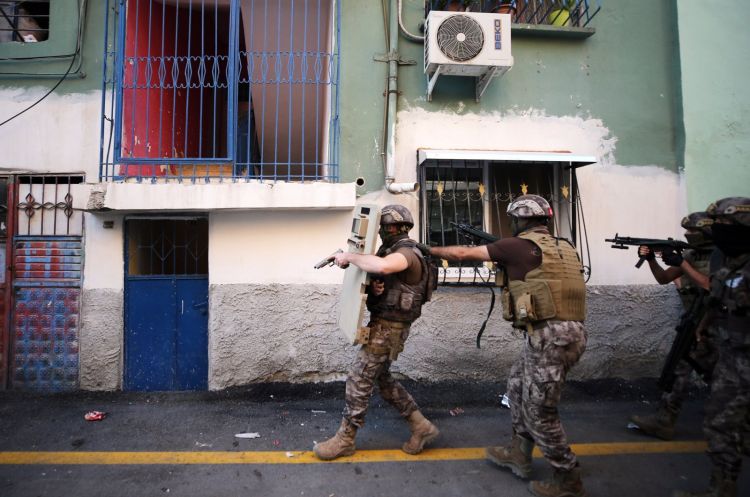 Türkiye’s National Intelligence Organization (MIT) has caught 19 Daesh terrorists in northern Syria that were preparing for a terrorist attack.
After a meteoric rise in 2014 in Iraq and Syria that saw it conquer vast swathes of territory, Daesh saw its self-proclaimed "caliphate" collapse under a wave of offensives.
It was defeated in Iraq in 2017 and in Syria two years later, but sleeper cells of the extremist group still carry out attacks in both countries.
In 2013, Türkiye became one of the first countries to declare Daesh a terrorist group.
The country has since been attacked by the terrorist group multiple times, with over 300 people killed and hundreds more injured in at least 10 suicide bombings, seven bomb attacks and four armed assaults.
In response, Türkiye launched counterterrorism operations at home and abroad to prevent further attacks.