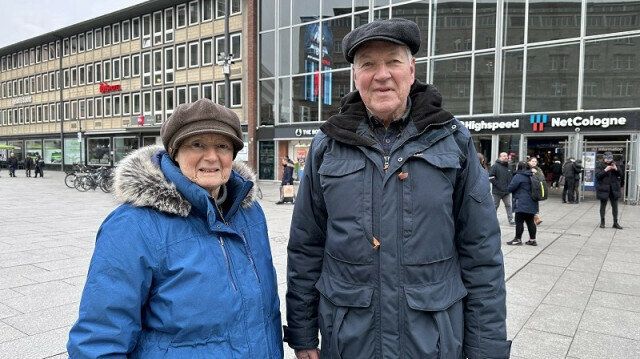 Germans expressed their shock after authorities arrested more than two dozen suspects over a plot to overthrow the state by violence and military means, Ednews reports citing Yeni Safak.

“I am deeply shaken by what I heard, what they were planning in Germany, in a country like Germany,” Dieter Wendel, a pensioner, told Anadolu Agency.

“These are unacceptable. Things must change, this is important,” he added.

His wife Karin said it was important that the authorities finally took serious measures against far-right groups.

“This seems to be the tip of the iceberg,” she said.

German police arrested 23 suspects on Wednesday, including far-right figures and ex-military officers, over plans to create a nationwide chaos and storm the German parliament by violence.

The majority of the suspects were followers of the far-right Reichsburger (Reich Citizens) movement.

Michael Seffens, a Cologne resident, said the operation demonstrated how serious the threat against democracy is.

“It seems that the police foiled a coup attempt by conducting a large-scale operation. It’s shocking that this group made plans to storm the parliament building,” he said.

Volk Marchero said the followers of the far-right Reichsburger movement were disconnected from reality.

“But if these people have been planning a coup, prepared to damage property, use violence against people, then authorities should intervene of course,” he said.

The Reichsburger movement includes group and individuals who reject the legitimacy of the Federal Republic of Germany and its legal system for various motives, and believe that the country is still occupied by the Allied powers.

Many refuse to pay taxes and they are often in conflict with authorities. Germany’s domestic intelligence agency estimates that the scene has around 21,000 followers.