daily news
Russian diplomat affirms that optimism still remains on Nagorno-Karabakh settlement
Chairman of Committee resigns in Armenia
'US is trying to settle score with China' - Russian Diplomat slams US attempt of bringing up Hong Kong at UNSC
German stimulus package hands families €300 for each child
Suarez says playing without fans will feel 'peculiar'
US provides additional $500,000 to support Turkmenistan's response to COVID-19 pandemic
37 children injured in a knife attack at elementary school in China
Azerbaijan's PM appeals to citizens
﻿

Russian air defense systems were ready to shoot down US bombers a few days ago
Read: 1705 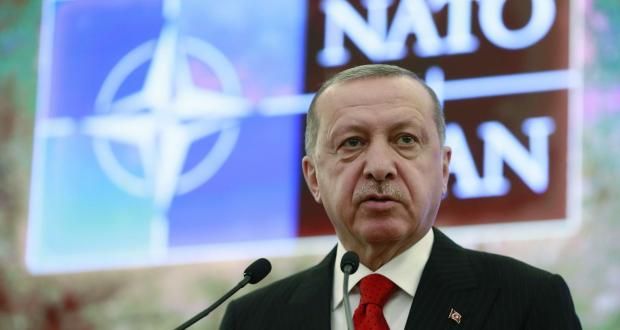 Francona touched upon the possibility of sanctions against Turkey by US.

"There are bipartisan demands in Congress for sanctions on Turkey for purchasing the Russian S-400 (NATO: SA-21) air defense system. The President is hoping that he can walk a fine line between economic sanctions on Turkey and just removing Turkey from the F-35 program. I am not sure he will be able to do that - there is US law that would require sanctions. He may be legally able to waive the sanctions, but he will be taking a political risk among his Republican supporters."

"I do not believe the United States is willing to have the world's most advanced fifth-generation stealth aircraft be delivered to a country that is operating a near-state-of-the-art Russian air defense system. The risk to sensitive technology ending up in Moscow is much too high," former intelligence officer explained the reason of Turkish removal from F-35 programme.

The military expert thinks that Erdogan's east policy is not successful. He considers that Erdogan wants to hold relations with US and US enemies such as Russia, China, Iran, and even Pakistan at the same time.

"If he thinks he will be able to continue this eastern foreign policy reorientation and at the same time maintain a good relationship with the United States, I believe he is miscalculating."

"The NATO alliance is important to the United States and our European allies - Turkey included, at least for now. If Erdogan wants to remain a NATO ally, he needs to start acting like one again. Procuring an air defense system from our principal antagonist is not the act of an ally. There will be a price," Rick Francona says. Former special adviser of US Secretary of State and political analyst Paul A. Goble commented on the Turkish-US relations.

Paul Goble thinks that Trump defines foreign policy success as immediate cash profits to the US. He doesn't want anyone to buy from others what they could buy from American companies.

"Trump wants Turkey to buy both aircraft and air defence system from US."

Political analyst considers that US wants to see Turkey dependant on US not linked with Russia. Paul A. Goble is  is an American analyst, writer and columnist with expertise on Russia. He has published more than 150 articles on ethnic and nationality questions. Goble served as special adviser on Soviet nationality issues and Baltic affairs to Secretary of State James Baker.