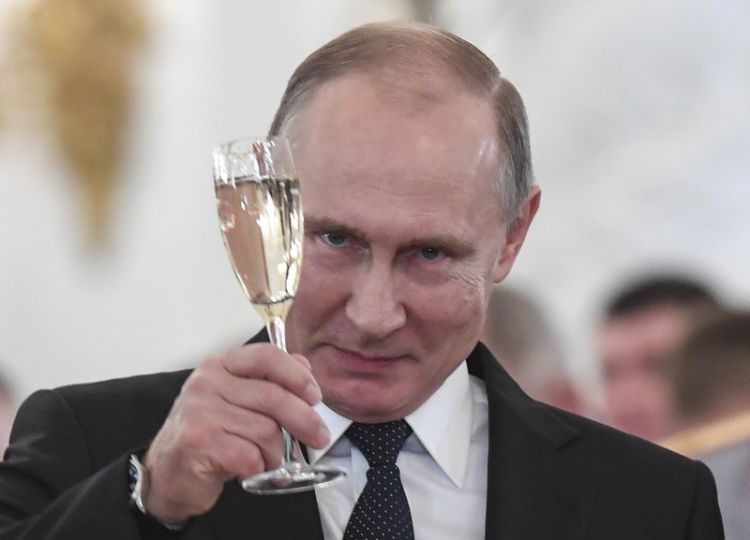 The beginning of the year starts sparking tensions in the Middle East and North Africa. The course of the events revealed that the balance of power in the region is starting to shift in favor of one of the main key players, Russia. This state forged its position as the main power broker in the region.

We have to pay attention to the Russian role in the Libyan crisis, Putin’s visit to Syria, and how the US-Iran conflict affected Russia.

The current year started with the heightening of Libyan crisis and the US-Iran conflict. In both cases, Russia made it clear its decision and position.

How the situation provided the ground for Russia to become a power broker?

US President Donald Trump announced the withdrawal of US troops from Syria and partly from Afghanistan and Iraq. It seemed military withdrawal of the US from the region, which it gave opportunities for Russia to fill the gap.

The US still holds its forces in the Persian Gulf, Afghanistan, and Iraq. All the withdrawal decisions show that Trump attempts to free US from Middle East’s burden. Trump offered the establishment of NATO Middle East in this year. It means the new expansion of NATO towards the region and covers regional states. So that, US do not want to fight in foreign lands.

The US seems so passive for the mediation of belligerents in the Middle East contrary became a state in conflict with the regional state Iran. After the killing of the Iranian military commander of elite forces, Qasem Soleimani directly ordered by Trump, US-Iran conflict could lead to military confrontation.

All the activities the US has done damaged the US image the last two decades. Throughout history, the US conducted military operations in the region like Iraq, Syria Afghanistan. US supported Arab Spring, which led to the overthrow of Egypt and Libyan leaders. As a result of these events, terrorism and chaos covered the whole region. All of these activities created an imagination for the people of the Middle East that the US is a destabilizer.

In contrast to the US, Russia could achieve stabilization in the region. Kremlin supported authorities and have seen as a mediator in the political arena of the Middle East. Now people are for Russia because the first thing they need is not a democracy but stability, which Russia could bring.

Russian activity in the Middle East in 2020

The year starts with the killing of Qasem Soleimani, the most prominent figure of Iran in the Middle East on January 3. It opened the opportunity for Russia. His death will apparently be a huge blow for Iranian influence in the region. Iran lost his strong arm, which provides and coordinates its impact.

Russia defied the US for this assassination which official circles viewed it as a violation of international law. The event doubled Russia’s benefits. Firstly, its rival Iran weakened and then the biggest rival US also lost image and Russia gained a positive one as a defender of international law and stability.

Following the assassination, the Libyan crisis sparked. On January 4, the troops loyal to the head of Libyan National Army (LNA), Khalifa Haftar attacked the military academy, which killed 30 and injured 33.

Today, two belligerents, Haftar and head of internationally recognized Government of National Accord (GNA) Prime Minister Fayez Serraj will meet in Moscow; it openly demonstrates who the key to the conflict solution is. Remembering that Russia lost its close partner Gaddafi during Arab Spring but now it has a chance to return Libya.

On January 7, Russian President Vladimir Putin visited Damascus, Syrian capital to meet with Bashar Assad. Both leaders have seen so comfortable that pulses positive energy. During the visit, the Syrian President expressed gratitude for Russian troops for eliminating terrorists.

Russia has posed a strong stance in Syria, which President Bashar Assad could hold its position even if Turkey supported anti-Assad forces. In the Syrian conflict, Turkey had dealt with Russia and Iran. In September 2019, three powers met for discussing Idlib’s crisis. As a result of the deal, Russia and Turkey started to conduct joint patrols near the border that forged Russia’s position in Syria. After US withdrawal from Syria, Russia took over anti-IS coalition bases.

Right after the Syrian visit, Putin headed to Istanbul for the opening ceremony of TurkStream. This pipeline will transport Russian gas to Balkans though Turkey bypassing Ukraine in the Black Sea. This Russian project will boost relations with Russia.

Amid the crisis flared up in the Middle East, Germany Chancellor Angela Merkel visited Moscow and met with Putin. Merkel announced her support for Nord Stream 2 pipeline, which the US opposed it and threatened with sanctions. Merkel also discussed recent processes in the region with the Russian leader. It indicates the shining star of Russia that everyone pays attention to Russian interest and presence when they are making their policy toward the Middle East.

All of the events we mentioned above can give us a basis to say that the year starts favor Russia. The conflicts ignited the Middle East hot pot. The US turned the belligerent in the region but Russia stood calm and increases its influence.The beginning of the year starts sparking tensions in the Middle East and North Africa. The course of the events revealed that the balance of power in the region is starting to shift in favor of one of the main key players, Russia. This state forged its position as the main power broker in the region. Ulvi Ahmedli is Baku Based Research Journalist who has specialization in Regional Affairs and Economy.