A Flare-Up Long Foretold in the Armenia-Azerbaijan Conflict - ednews.net

Those who burn Quran are ‘useful idiots’ for those who want to divide Sweden - Former premier
Read: 140 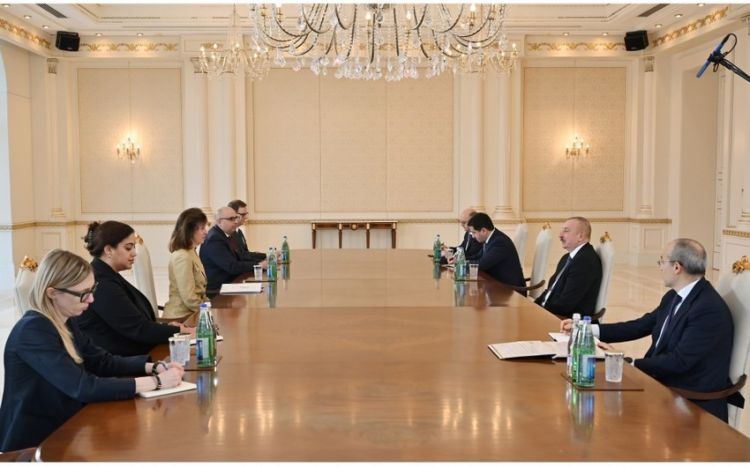 A Flare-Up Long Foretold in the Armenia-Azerbaijan Conflict

Clashes between Armenian and Azerbaijani armed forces in Tovuz, a northwestern border region of Azerbaijan, have once again manifested the fragility of the ceasefire between the two conflicting sides. However, this clash, probably the largest for the past two years, is no coincidence; rather, it is the direct result of events that have been unfolding since March 2019.

When the incumbent Armenian prime minister, Nikol Pashinyan, acceded to power two years ago after the so-called Velvet Revolution, some optimism was voiced about positive dynamics in the conflict negotiation between the two warring parties. Azerbaijan lost the 1992–94 war against Armenia, which resulted in the occupation of internationally-recognized territories of Azerbaijan. The roots of the modern conflict go back to February 1988 when, still under Soviet rule, Armenian nationalists in the Nagorno-Karabakh region of Azerbaijan put forward irredentist claims about the unification (miatsum in Armenian) of the region with Armenia. Later, the Armenian side mostly talked in terms of the right of self-determination for Armenians of the Nagorno-Karabakh region.

Since 1992, the OSCE Minsk Group has been tasked with the conflict resolution process. The Group is currently co-chaired by France, Russia, and the United States. In 2009, the Minsk Group Co-Chairs revealed the so-called Madrid Principles for the resolution of the conflict, which stipulated a phased process. Talks made little progress under the previous Armenian leadership, but the parties were still working through some ideas.

However, in March 2019, Armenia’s leader, Nikol Pashinyan, attempted to change the negotiation format and introduce the Armenians of Nagorno-Karabakh into the process. The move was rejected by Azerbaijan and the Minsk Group Co-Chairs as contrary to the founding principles of the negotiation laid out in March 1992. The OSCE (CSCE until 1994) documents of March 24 and September 15, 1992, as clarified by the then Chair of the Minsk Group, envisaged the participation of both the Armenian and Azerbaijani communities of Nagorno-Karabakh if there was progress at the negotiating table.

However, putting the final nail into the coffin of the negotiations, on August 5, 2019, Prime Minister Pashinyan stated during a visit to the occupied territories of Azerbaijan that “Nagorno-Karabakh is Armenia.” This was, in effect, a declaration of the annexation of the territory of a neighboring country in violation of four resolutions of the UN Security Council (822, 853, 874, and 884). Moreover, it was a return of the 1988 irredentist claim that, for so many years, the Armenian nationalists had tried to avoid. The revolutionary rhetoric on the domestic front was accompanied by highly jingoistic phraseology at the negotiating table. It is worth recalling that one of Pashinyan’s first moves in his official position was to send his son to serve in the occupied territories of Azerbaijan, a gesture that could hardly be seen as one of peace. Armenia’s defense minister, David Tonoyan, speaking to the Armenian diaspora in New York on March 30, 2019 – a day after a summit of the two countries’ leaders in Vienna – declared a new ‘defense’ concept: “new war for new territories.”

The only positive development during 2019 – the reduction of casualties on the line of contact – could not continue without at least some progress in the negotiations.

Nor has the year 2020 so far been conducive to peace. After ministerial-level talks in Geneva in January 2020, it became clear that Armenia does not want to follow the path set out by the Madrid Principles; the Armenian side declared that the Madrid Principles had been a deal made by the previous regime in Yerevan.

The recent highly provocative visit of Prime Minister Pashinyan to the historic Azerbaijani city of Shusha on May 21, 2020, to participate in a so-called inauguration in the aftermath of illegal elections rejected by the international community, showed that no compromise would be reached any time soon. Furthermore, Armenia declared its intention to construct a third highway through the occupied territories of Azerbaijan – a plan that was condemned by European Parliament members in charge of EU relations with Armenia and Azerbaijan.

The clashes of July 12–13, which happened in the border region, may have been planned to have wider implications. On July 13, Armenian Foreign Minister Zohrab Mnatsakanyan phoned the Secretary General of the Collective Security Treaty Organization (Armenia, Belarus, Kazakhstan, Kyrgyzstan, Russia and Tajikistan) in an attempt to invoke collective action against Azerbaijan. However, since April 2016, the CSTO has abstained from any involvement in the conflict and it is highly unlikely that the response this time will be any different. Many CSTO members cherish strategic relations with Azerbaijan and do not want to follow Armenia’s adventurism, especially during the COVID-19 crisis.

Unfortunately, the window of opportunity for a breakthrough in the negotiations has now closed. How the events will unfold is hard to predict, but peace is no longer on the horizon in the South Caucasus.

This article is written by Farid Shafiyev, the head of Center for Analysis of International Relations.