Turkey is of importance for ensuring security, safety and peace in Afghanistan - Expert
Read: 343

"I saw perseverance and determination in the countenance of the President" - Umud Mirzayev
Read: 261

After Fuzuli came under our control, more opportunities opened up to move in Shusha direction - Ilham Aliyev
Read: 232 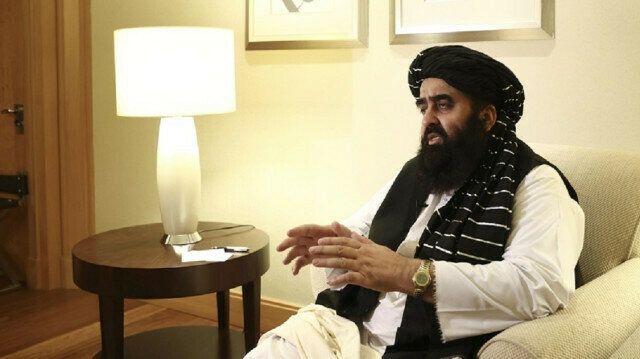 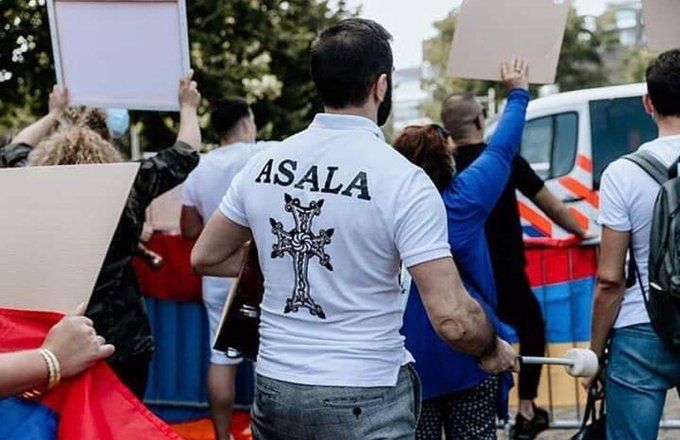 The July skirmishes between Armenia and Azerbaijan, the bloodiest since April 2016, did not remain limited to the Caucasus as Armenian and Azerbaijani diaspora members across the world got heavily involved as well. The emotions and mutual accusations spread to other countries and emerged in the form of physical violence in America, Europe and Russia.

The first act took place in Paris, where the Azerbaijani embassy was reportedly attacked and vandalized by the Armenian Revolutionary Federation-affiliation nationalist protesters on July 19. Minor encounters were witnessed in mutual protests in London, UK and Chișinău, Moldova, when members from both communities engaged in a fistfight.

The biggest clash, however, erupted across the ocean, in Los Angeles, California, where thousands of ethnic Armenians staged a protest in front of Azerbaijan`s Consulate General on July 21. Simultaneously, approximately 50 Azerbaijani community members came to counter-protest and highlight the occupation and ethnic cleansing of Azerbaijan’s lands by Armenia, as well as the recent border aggression committed against Azerbaijan.

Although a handful of police officers were deployed to secure public safety, they could not prevent the Armenian protest from developing into a street brawl: the Armenian mob unleashing anti-Azerbaijani slogans and insults simply bypassed the police forces and ran toward the Azerbaijanis. The latter outnumbered (50 vs 5,000) and cornered by the angry crowd were subject to physical assault. As a result, seven Azerbaijanis were injured, with four of them being hospitalized. Reportedly, the Armenian man, who attacked the young Azerbaijani woman, also assaulted a police officer.

Another explosive development was observed in the Belgian capital on July 22. This time, too, some radical Armenian protesters attacked the Azerbaijani demonstrators, who were within the premises of the Azerbaijani embassy. Several persons, including a journalist, on the Azerbaijani side got injured as a result of the violent stoning by the Armenian mob. Consequently, the Belgian police arrested 17 Armenian activists involved in the attacks against Azerbaijanis. Nevertheless, one video and a few photos that went viral from Brussels deteriorated the situation even further.

Shot by the Armenians themselves, the video footage and pictures showed how several Armenians brutally beat and insult an Azerbaijani youngster. This very scene – an isolated Azerbaijani boy with bloody face, beaten and insulted by a radical group – provoked angry reactions of Azerbaijanis worldwide.

This reaction spilled over into Moscow, home to large Azerbaijani and Armenian communities. As a result, both poured additional fuel into the flame through reciprocal actions: beating of individuals by groups, destroying of cafes and damaging of vehicles. Since July 23, numerous videos showing brutal mutual attacks have been circulating on social media. According to initial media reports, dozens of troublemakers in Russia have already been arrested.

Whether spontaneous or planned in advance, this spillover and street fights elsewhere in the world actually distorts the whole essence of the Armenia-Azerbaijan conflict:

- The Nagorno-Karabakh problem is a territorial conflict for the Azerbaijani side: Baku has always reiterated its will to give a high status of autonomy to the region and considers the Armenian community in Nagorno-Karabakh as its citizens. Therefore, the Azerbaijani side realizes that both communities must and will co-exist there after the liberation of Nagorno-Karabakh from the occupying forces. Therefore, the target for Baku is and should be the Armenian occupational regime in the region, not all Armenians in general and Karabakh Armenians in particular.

- In its turn, the Armenian side, both Yerevan and the diaspora, always tried to turn the Nagorno-Karabakh problem into or demonstrate it as a purely ethnic conflict, trying to fit it into a broader context of Armenian-Turkish problem. This context may echo the Armenian attitude toward the Azerbaijanis as well: the latter`s close linguistic and ethnic affiliation with the Turks automatically turn them an enemy for the Armenians. That the Los Angeles demonstration was attended by an Armenian protester with a T-shirt bearing the sign ASALA, an anti-Turkish Armenian movement listed as a terrorist organization by the United States should not be surprising.

Moreover, the ethnic nature for the Armenian-Azerbaijani conflict was initiated in and by Armenia in 1988, when 250,000 – 300,000 ethnic Azerbaijanis were deported from Armenia, which ignited outrage and reciprocal actions in Azerbaijan. This ethnic cleansing, chronologically preceding the Nagorno-Karabakh conflict was continued in Nagorno-Karabakh and the adjacent territories: the Armenian forces again drove all ethnic Azerbaijanis out; some 700,000 people became internally displaced persons as a result.

This ethnic pattern may also receive a religious shade as the Armenian side trying to present the whole confrontation as a Christian vs Muslim war. The calls to defend a Christian bulwark besieged by Muslim nations sometimes gain support abroad with several religious organizations siding with and/or supporting the Armenian cause. Nevertheless, the conflict has never had a religious aspect either, at least for the Azerbaijani party. Although predominantly and nominally Muslims, the Azerbaijanis are not too religious, while the country itself is a big home to the Jewish and various Christian groups, including aboriginal Udis adherent to the ancient Albanian Church or sizeable Orthodox Russian and Ukrainian communities. The downtown of the capital city, Baku, boasts Shia and Sunni mosques, a Jewish synagogue, a Lutheran kirche, Orthodox, Catholic and even Armenian churches, almost all very close to one another.

There are already calls to stop the reciprocal violence in the third countries as they produce an unsafe environment for both Armenian and Azerbaijani communities, as well as other uninvolved people.

In any case, the attempts to turn the Armenia-Azerbaijan conflict into an Armenian-Azerbaijani confrontation distorts the whole essence of the problem and brings mutual distrust and prevents further peace talks.

This article is written by Rusif Huseynov

Article is originally published in the website of Topchubashov Center