Pashinyan's peace attempt with Azerbaijan might be a threat to his life - Expert | Eurasia Diary - ednews.net 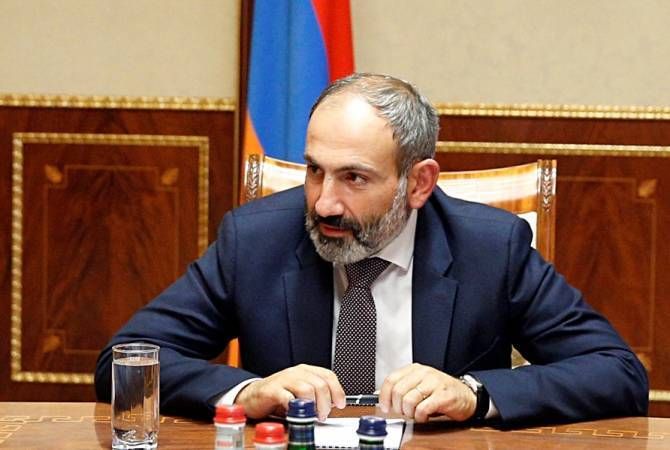 Peace agreement between Armenia and Azerbaijan depends on the unconditional and unequivocal recognition of the territorial integrity of Azerbaijan by Armenian authorities, said Fuad Chiragov, expert on regional issues.

According to Armenian news source, Mikhael Minasyan, former Armenian ambassador to the Vatican said Prime Minister of Armenia Nikol Pashinyan and his team work on a peace agreement with Azerbaijan.

“Nikol Pashinyan's team is currently working on the development of the Treaty of Friendship and Cooperation with Azerbaijan. What is called a peace treaty in common language,” Minasyan wrote about this in the Telegram channel.

Minasyan pointed out that in order to complete the work on this agreement, Nikol Pashinyan needs a controlled parliament, which he hopes to get during the elections in June.

Former Armenian ambassador also noted that Pashinyan wants to get support from a number of countries in ensuring the peace agreement with Azerbaijan.

'Moreover, in this matter, he enjoys the support of all external players: Turkey, Russia, Azerbaijan, the USA, France and Great Britain. Even Soros's globalist project supports this process. All external players are ready to unblock the region at the cost of Armenia's future,' Minasyan wrote.

Speaking to Eurasia Diary, Fuad Chiragov, the head of department at the Centre of Analysis of International Relations (AIRCentre), made brief comments on Minasyan’s claims on Pashinyan’s works on the peace agreement with Azerbaijan.

“As you already said it is M. Minasyan who claims that Nikol Pashinyan's team is currently working on the Treaty of Friendship and Cooperation with Azerbaijan. I am not sure whether it is serious to comment about these issues yet, it hasn’t been confirmed or denied by either Azerbaijan or Armenia officially,” Chiragov said.

“We should know in recent months Minasyan has been famous for its several allegations against the Pashinyan government. It is the pre-election period in Armenia and the tension and struggle are getting more acute, and probably we will hear more such allegations. We can talk about these issues more seriously only after the coming parliament elections in Armenia,” he added.

While touching upon the possibility of peace, Chiragov pointed out that Azerbaijan has its own vision or position for peace agreement with Armenia.

According to him, a peace agreement between Armenia and Azerbaijan depends on the unconditional and unequivocal recognition of the territorial integrity of Azerbaijan by Armenian authorities as well as the withdrawal of Armenian military from the territory of Azerbaijan.

“President Ilham Aliyev during his interview at the ADA University said that it is possible to sign a peace agreement with Armenia in the future if it wishes so but we don’t feel an urgent necessity for it right now. Also we can say that for a possible peace agreement Azerbaijan has already had a clear vision or position. It is unconditional and unequivocal recognition of the territorial integrity of Azerbaijan, full compliance of the tripartite ceasefire agreement of November 10 on complete and unconditional withdrawal of Armenian illegal entities and military from the territory of Azerbaijan,” he said.

Moreover, Chiragov said that if Russia and the West want to support works on the peace process between Armenia and Azerbaijan, they have to first respect the territorial integrity of Azerbaijan.

“We can say the West and Russia are interested in peace for sure only when they recognize the territorial integrity of Azerbaijan unequivocally and unconditionally without any rhetoric of so-called status-quo or flirting with the illegal entity in the territory which is currently under the Russian peace-keeping forces,” he noted.

Chiragov also added that attempts by Pashinyan for the peace agreement and the final solution of the Karabakh conflict with Azerbaijan might cause a threat to his life.

“For sure, if Pashinyan takes steps in the peace deal which will recognize the territorial integrity of Azerbaijan and close the chapter with the Karabakh problem, he will face fierce resistance of the Armenian Diaspora and the revanchist groups in Armenia. He might even face serious threat to his life”.