The US Navy set off explosives next to its new aircraft carrier to see if the ship can handle the shock
Read: 263 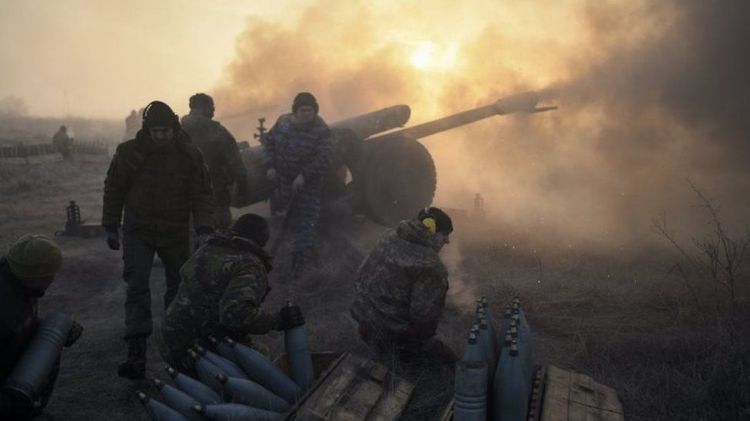 While it is well established that armed non-State actors are bound by the law of armed conflict, also known as “International Humanitarian Law”, the extent to which these actors have obligations under human rights law when they are a party to an armed conflict remains controversial. Even though the legal regime applicable to armed non-State actors is unclear, the United Nations has generally recognized the need to engage these actors on both international humanitarian law and international human rights law.

On the other hand, International Humanitarian Law only applies in times of armed conflict. In consonance with the International Criminal Tribunal for ex-Yugoslavia definition of “armed conflict” for the purpose of the application of International Humanitarian Law, “an armed conflict” exists whenever there is a resort to armed force between States or protracted armed violence between governmental authorities and organized armed groups or between such groups within a State. International humanitarian law applies from the initiation of such armed conflicts and extends beyond the cessation of hostilities until a general conclusion of peace is reached; or in the case of internal conflicts, a peace settlement is achieved. Until that moment, international humanitarian law continues to apply to the whole territory of the warring States or, in the case of internal conflicts, the whole territory under the control of a party, whether or not actual combat takes place there.

Today, the recent higher tension in Donbas in Ukraine in fact is the result of continuous violation of the cease-fire agreement. According to available data, 56 Ukrainian soldiers have died on average per month since the Minsk agreements were reached. The Minsk agreements failed to secure a sustainable cease-fire.

When an armed conflict is still going at an active stage, it is impossible to deploy any peacekeeping force. There are three basic principles that continue to set UN peacekeeping operations apart as a tool for maintaining international peace and security. These three principles are inter-related and mutually reinforcing: consent of the parties, Impartiality, non-use of force except in self-defence and defence of the mandate

The Ukrainian crisis was designated as an internal conflict in accordance with the Minsk agreements and the United Nations Security Council Resolution 2202 (2015). The OSCE Special Monitoring Mission to Ukraine was deployed on 21 March 2014, following a request to the OSCE by Ukraine’s government and a consensus decision by all 57 OSCE participating States. The OSCE Special Monitoring Mission is an unarmed, civilian mission, present on the ground 24/7 in all regions of Ukraine. Its main tasks are to observe and report in an impartial and objective way on the situation in Ukraine; and to facilitate dialogue among all parties to the crisis. The monitors are mandated to contribute to reducing tensions and to help foster peace, stability and security. The Mission engages with authorities at all levels, as well as civil society, ethnic and religious groups and local communities to facilitate dialogue on the ground. The Mission will gather information and report on the security situation, establish and report facts in response to specific incidents, including those concerning alleged violations of fundamental OSCE principles.

Ukraine on the other hand is concerned, the existing precedents of Russian peacekeepers having been deployed in Georgia and Moldova clearly demonstrate the political risks and long term negative repercussions of such a decision for “host” counties. At the same time, Ukrainian experts refer to the established United Nations practice of country’s not taking part in peacekeeping missions in countries with which they have a common border. If we follow this unwritten rule, then it is not only Russia that will be unable to take part in the peacekeeping operation, but also Belarus, Poland, Slovakia, Hungary, Moldova and Romania. Moscow, as well as formed by the 2 armed non-State groups, the Donetsk People's Republic and the Luhansk People's Republic, fear that the Ukraine may use the United Nations peacekeeping mission to try to bring in NATO forces, or forces from countries that are unfavorably disposed towards Russia and sympathetic towards Ukraine.

There is no possible deployment of any peacekeeping operation in the near future for the Donbass crises which means no near future political solution. If there is no sign of a near future political solution for the Donbass crises, than the main aim of the combatants can be to inflict as much damage to other side as possible, constantly increase the cost of the conflict for the other side by which combatants do hope to reach an unconditional capitulation for a political solution. This means continuous violation of the cease-fire and permanent high escalate crisis between Ukraine and Russia and a threat to international peace and security.

There are a wide variety of international courts and tribunals that have varying degrees of relation to the United Nations. International tribunals have long enabled States and others to settle disputes. However, it was the Nuremberg trials after World War II that marked the beginning of ad hoc tribunals that could try individuals accused of the core international crimes, such as genocide, war crimes, crimes against humanity and crimes of aggression. Principle VI International Law Recognized in the Charter of the Nuremberg Tribunal and in the Judgment of the Tribunal, 1950 defined crimes against peace as (i) planning, preparation, initiation or waging of a war of aggression or a war in violation of international treaties, agreements and (ii) participation in a common plan or conspiracy for the accomplishment of any of the acts mentioned under (i).

The idea of establishing an ad-hoc international criminal court by Russia and Ukraine need to be understand as peace enforcement in conformity with more than 50 presidential statements of the United Nations Security Council resolutions dealt with the human rights responsibilities of armed non-State actors.

by Mehmet Sukru Guzel, the co-founder of the Center for Peace and Reconcilation Studies.