In exchange for providing Azerbaijan with maps of mines in Aghdam region, 15 detained Armenians handed over to Armenia
Read: 294 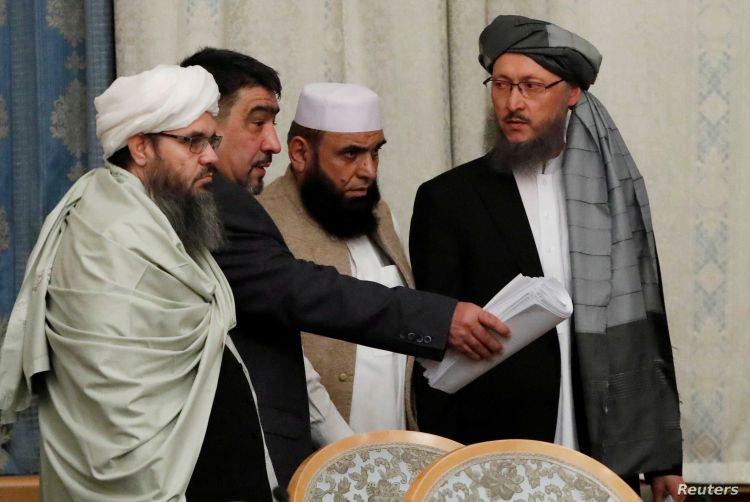 After the withdrawal of US troops from Afghanistan peace and stability will be sole responsibility of the Kabul regime, said Tazeen Akhtar, Pakistani journalist.

Speaking to Eurasia Diary, Tazeen Akhtar, who is an editor of International Magazine “Pakistan in the World” and “Urdu Daily Azkaar” in Islamabad, commented on the peace process in Afghanistan following the US withdrawal.

According to him, US military withdrawal is also paving the way for the withdrawal of NATO forces from Afghanistan.

He said that the responsibility for peace and stability in the country already depends on the Kabul government.

“It clearly means that peace and stability will be the sole responsibility of the Kabul Regime from Sep 11, 2021. Sep 11 is 911 we know and it is symbolic in the state of affairs of Afghanistan,” he said.

Pakistani journalist pointed out that the Kabul regime is not sincere with the Doha deal, which was signed between the Kabul government and Taliban through the mediation of the US in Doha.

“There will be more challenges than any type of emergency in this country. Kabul government is not sincere with the Doha Deal as Taliban prisoners were not released as per commitment of the Government of Ashraf Ghani. Later we observed a wave of violence and bloodshed in and around Kabul,” he noted.

He added that the commitment of Taliban to stop insurgence is also necessary for peace and stability in the country.

“We can attach hope to peace and stability after Sep 11 only if Taliban leave the path of insurgency, sit on the table with Kabul Regime and other stakeholders to prepare a final roadmap towards holding of elections and establishment of a broad-based government. This needs sincerity and sacrifice from all sides that is seemingly very hard if not impossible to secure,” he stressed.

Furthermore, Tazeen Akhtar touched upon problems between the high officials of the Kabul government, and their hostile history with the Taliban.

“Further, another problem is the two chief executives in one Kabul. Dr Abdullah Abdullah and Ashraf Ghani have their own differences between them. General Dostam is also there. This faction of war lords has the bitterest history with the Taliban. How this section of the Kabul government takes sitting with the Taliban and how Taliban accept them is another big challenge,” he said.

“I don’t see a consensus between these groups and that is why the USA and NATO have given the dates of withdrawal, because they know that there will be complete chaos in Afghanistan,” he added.

While touching upon the further role of the US for the maintenance of peace and stability in Afghanistan, Tazeen underscored that the Biden administration still has intention to continue attention on keeping security and safety in the country.

“Mr. Biden is expecting appeals from within the Kabul government and around Afghanistan to stay or keep a minimum presence necessary for maintaining peace and keeping the insurgents away from Kabul,” he said.

“In the matter of security in Afghanistan, we will also see the role of Pakistan, China, Russia, Turkey, and Iran.  By the way, the two central Asian countries - Uzbekistan and Turkmenistan have contributed a lot in recent years in upgrading the infrastructure in Afghanistan to build connectivity with Pakistan. China is worried for the future of CPEC and Russia is also interested in making way towards Gawader through Afghanistan,” he added.