Overall, almost 12,000 personnel were engaged in the event. 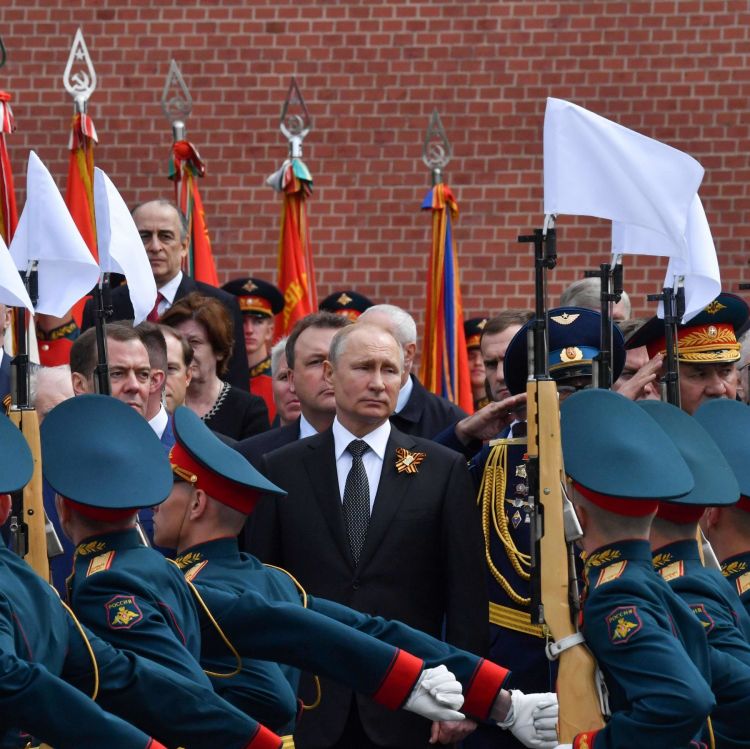 It was reported by Dozhd TV, or TV Rain, a Russian independent television channel.

Speaking at the military parade, Putin announced that the "Nazi beast" in Europe before World War II voiced the slogans of "Russophobia," a Russia-based UNIAN correspondent reported.

"It has been almost 100 years since the time when the abominable Nazi beast was gaining insolence and predatory strength in Central Europe. The slogans of racial and ethnic supremacy, anti-Semitism and Russophobia were becoming more and more cynical. Agreements designed to stop the landslide towards a world war were easily broken off," Putin said in his official speech on May 9.

In his words, history requires conclusions should be drawn and lessons must be learnt.

"History demands that we learn from it. Unfortunately, attempts are made to deploy a large part of Nazi ideology and the ideas of those who were obsessed with the delusional theory of their own supremacy," he said.

"This ideology is not only supported by radicals and international terrorist groups of all kinds. Today we are witnessing the surviving members of those killing squads and their followers trying to rewrite history and justify the traitors and criminals whose hands are smeared with the blood of hundreds of thousands of civilians."

Yet, he said, "Russia is consistently defending international law while continuing to protect our [Russian] national interests and the security of our people."

"The war brought upon us so many unbearable ordeals, grief and tears that it is impossible to forget. Those who are plotting new aggressions cannot be forgiven or justified," he said.

Putin stressed that it was the Soviet people who "issued a historic verdict to Nazism" and won the war.

"We will always remember that it was the Soviet people who demonstrated the ultimate heroism. During the harshest times of war, during the crucial battles that determined the course of the fight against Nazism, our nation was alone on the toilsome, heroic and self-sacrificing road to Victory. Our people fought to the bitter end at every frontline, in the fiercest battles on the ground, at sea and in the air," he said.