There is no need for Minsk Group to resolve border issue - ednews.net

There is no need for Minsk Group to resolve border issue 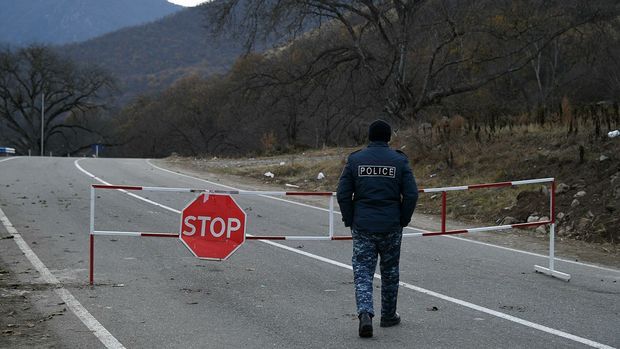 According to Armenian news agencies, Pashinyan has put forward the proposal of the deployment of international observers from Russia and other Minsk Group co-chairs - France and the United States in the disputed areas of the Armenia-Azerbaijan border, to prevent the tensions between the military units of Armenia and Azerbaijan.

It is interesting to know why Pashinyan hopes that the OSCE Minsk Group can play a significant role in the resolution of the border issue. It should be noted that the Minsk Group, which has been mediating in the negotiations on the settlement of the Nagorno-Karabakh conflict between Armenia and Azerbaijan for 30 years, has failed to produce any positive results. In this case, what role can the Minsk Group play in the determination of the Armenian-Azerbaijan border? What proposals can the Minsk Group put on the table for a just settlement of this problem?

Speaking to Eurasia Diary, Javid Valiyev, an expert on foreign policy at the Centre of Analysis of International Relations, said it was unconvincing that the Minsk Group could take responsibility in the process of the resolution of the border issues between Armenia and Azerbaijan.

"It is unclear what steps the Minsk Group will take and what role it will carry out for delimitation and demarcation of the state border between the two countries. This can be explained by two reasons. First, France has already lost its neutrality here: in order to play a role, it must have remained neutral. Secondly, the border issues should be resolved by the government officials of Azerbaijan and Armenia, while engaging in the negotiations. The Minsk Group did not play any role in the determination of Azerbaijan's borders with Georgia and Russia. There is no need for the Minsk Group to play any role in the border issue," Valiyev said.

The expert also considered that the Minsk Group still does not keep an impartial position regarding Karabakh: “For example, the recent statement of the Minsk Group is very worrying. The statement is much like justifying the Armenian army’s entry to the territory of Azerbaijan at any time, laying mines or killing military officers and civilians. In other words, the Minsk Group does not say anything to the party violating our borders. For these reasons, the Minsk Group has lost its neutrality.”

The expert also noted that the future activities of the Minsk Group are under question. The inactivity of the organization forced Azerbaijan to liberate its lands by military means.

"For the last 30 years, the OSCE Minsk Group has carried on the logic that either Azerbaijan must come to terms with the current reality, or Armenia must withdraw from seven surrounding regions and give a status to the Armenians living in Karabakh. Currently, 30,000 Armenians live in Karabakh. It is 0.3% of the Azerbaijani population. How right is it to give status to 0.3 %? Our President also expressed this political position of our state. Therefore, the need for further activities of the Minsk Group is still under question," Valiyev said.

"Another important point here is that in the November 10 declaration, it is noted that the return of refugees to Karabakh will be realized under the auspices of the Office of the UN High Commissioner for Refugees, not the Minsk Group. The co-chair countries of the Minsk Group can take part in the restoration and reconstruction of infrastructure in the liberated territories of Azerbaijan, which could help its role in the normalization of relations between Armenia and Azerbaijan," he added.