China’s FM urges US to learn lesson from Afghan war on 20th anniversary of 9/11 - ednews.net 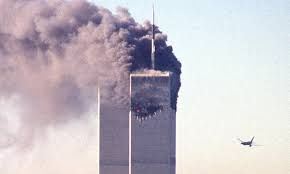 Commenting on the 20th anniversary of the 9/11 attacks in the US, a spokesperson for the Chinese Foreign Ministry on Friday called on countries to cooperate in counter-terrorism efforts and avoid double standards and slander against other countries' legitimate counter-terrorism and de-radicalization measures.
At a press briefing in Beijing, Zhao Lijian, the spokesperson, also said that the US should learn a "profound lesson" from its 20-year war in Afghanistan, after which terror threats were not eliminated and the number terrorist organizations and foreign terrorists in Afghanistan actually grow.
Observers said that the comments sent a clear message to the US that it should clean up the mess it left in Afghanistan, learn from its failure since 9/11, and stop smearing China's internal affairs and counter-terrorism efforts.
The US has long been smearing China's counter-terrorism and de-radicalization efforts in Northwest China's Xinjiang Uygur Autonomous Region as "violating human rights," and intentionally ignores the fact that those efforts have brought peace, stability and prosperity back to the region, the observers noted.
"Terrorists are terrorists. Categorizing terrorists based on political self-interests is in essence condoning terrorist activities, which severely undermines international counter-terrorism cooperation," Zhao said in response to a question about the 20th anniversary of the 9/11 and the current global counter-terrorism situation.
The US had labeled the East Turkestan Islamic Movement (ETIM) as a terrorist group but later removed it from its terrorist organization list out of ideological purposes, Liu Zhongmin, a professor at the Middle East Studies Institute of the Shanghai International Studies University, told the Global Times on Friday.
"We are firmly opposed to attacking and discrediting other countries' legitimate counter-terrorism and de-radicalization measures under the guise of protecting ethnic minorities and religious freedom," Zhao said at the press briefing.
Responding to another question on the Afghan Taliban's counter-terrorism pledges, Zhao urged the Taliban to break off from all terrorist organizations, including the ETIM and take effective actions to firmly crack down on and thoroughly eliminate the ETIM, which, he said, poses direct threats to China's national security and territory integrity.
On the current Afghan situation, Zhao said that the conclusion of the US' military intervention in Afghanistan should be the start of the US really taking responsibility, adding that the US is obliged to offer economic and humanitarian aid to Afghans more than any other nation, and help the country retain stability, prevent unrest and adopt a path of sound progress while respecting Afghan sovereignty.
Liu said that since the end of the Cold War, the US presence in the Middle East has gone through the process from a peak, to "9/11," to two wars allegedly against terrorism, and finally failure. The US failed its counter-terrorism efforts because it acted out of hegemony, he added.