Selçuk Türkyılmaz: Europe no longer has any revolutionary ideas to offer - ednews.net

Selçuk Türkyılmaz: Europe no longer has any revolutionary ideas to offer 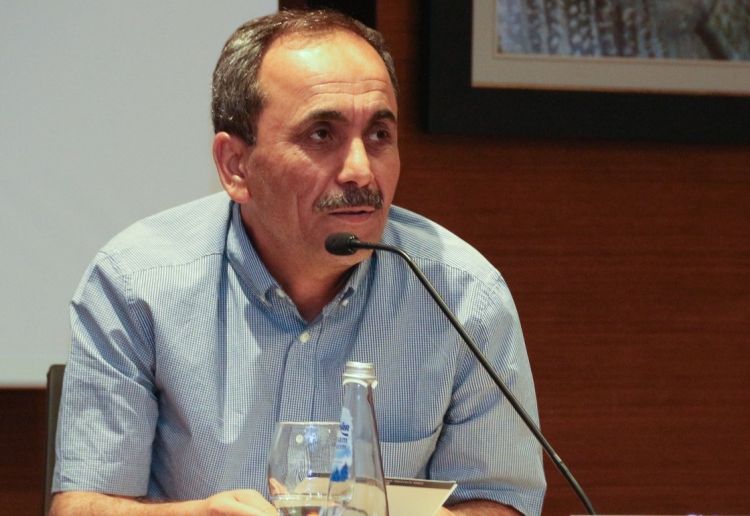 We can consider July 15’s anniversaries as an opportunity to evaluate the fight against the Fetullah Terrorist Organization. In fact, the time that has passed is sufficient to make a general evaluation. However, contrary to what happened in general, we will try to evaluate the time that has passed beyond the judicial and legal aspects.
In almost the last decade, FETÖ members have been identified as an organization that threatens our national existence. Additionally, it was revealed that this organization is a problem in terms of our religious identity as well. These are the most important gains from the time that has passed. One other gain is the identification of FETÖ’s source. If FETÖ had been identified as an organization that belonged to us, it could have been considered a periodical problem. As a matter of fact, we could have seen them among our weaknesses. In this respect, the identification of FETÖ and other similar organizations as sub-organizations that emerged as a result of the unequal relations of imperial centers with surrounding countries indicates that we take a different attitude. Thus, a legal context also developed with dependent organizations when Türkiye pressured these imperial centers through Sweden and Finland. Hence, Türkiye made significant progress in this last decade.
If Türkiye had not formed an actual state within this time period, dependent organizations like FETÖ’s relations with imperial centers would not have been considered a theoretical issue. Liberal conservative groups that are known to have close relations with FETÖ in the past wanting to keep the FETÖ issue in the legal context only, is proof that they do not see the unequal relations between imperial centers and surrounding countries as a problem. Even the major events that took place after July 15, 2016, were not enough to lead the groups in contact with FETÖ to take on a new attitude. On the contrary, these groups chose to solidify their position through various justifications such as opposition stance and took a critical attitude against the state’s fight against FETÖ. This applies to the groups under the main opposition Republican People’s Party umbrella as well. We need to see the fact that groups that could never ever come together in the past have united. This has reshaped Türkiye.
How should we explain the silence of ideological groups despite this being a very active period? When Türkiye pressured imperial centers through Sweden and Finland, NATO-member West European countries accepted their relations with terrorist organizations. While Türkiye formed a legal context regarding the terrorist organizations it identifies as a threat to its existence, imperial centers took under their protection these dependent organizations based on the legal context. The U.S. and European countries’ relations with terrorist organizations were beyond intelligence agency operations. Despite this, they started to pursue legal evidence. This was a sign of their helplessness. They must have understood that their relations with surrounding countries are out of control. Those within took the same path. They failed to understand the period as well and sought legal evidence. Yet, the nature of “European values” started to be questioned, and this was becoming widespread. So to speak, they fell into Türkiye’s trap. The silence of ideological groups can be included in this frame as well. As Türkiye builds its own reality against the Eurocentric perspective, it also paved the way for intellectual questioning.
It can be said that imperial centers united during this period on their common hostility toward President Recep Tayyip Erdoğan. They too must have thought that once they topple Erdoğan, everything will fall into place. The views of certain groups are sometimes reflected through the media. They must be thinking with the influence of their orientalist experience that they can create a negative perception using certain concepts, and topple Erdoğan. We know that the U.S. president wants to remove Erdoğan from office by activating those among us. But this attitude was clear proof that both those within and foreign forces do not have revolutionary ideas. The U.S. being associated in the new period with neo-conservatism (neocon) is extremely important. A similar situation applies to West European countries, which have no talent other than embracing the heritage of the colonial past. They could not go beyond associating negative attributes to Erdoğan as well. This thus allows us the opportunity for a comparison between the 19th and 21st centuries.
Europe is not the source of revolutionary ideas today. This is another significant outcome of the last decade.