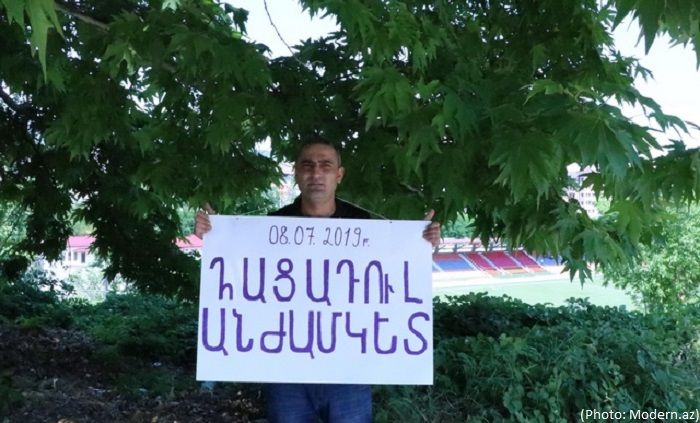 He said he could not support his family financially and suffered serious social problems.

Karen Grigoryan cry out against the fact that the families of the dead and wounded Armenians have not given lands, massive exodus from Karabakh, invalidation of their disability status, hardships to find a job due to prevailing nepotism.