Over 150 killed as fighting flares up in Afghanistan | Eurasia Diary - ednews.net

Lithuanian journalist who witnessed the bloody tragedy - "All this was a plan aimed at the Armenian occupation"
Read: 875

Over 150 killed as fighting flares up in Afghanistan 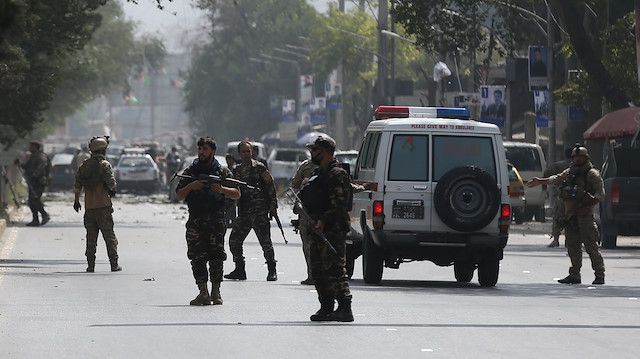 Afghanistan on Friday saw the Taliban stage large-scale coordinated assaults on three provinces, with the Afghan forces claiming to have killed over 150 of them, Yeni Safak reports.

He confirmed five policemen and 18 militants were killed in the initial clashes.

Later in the day, spokesman for the Ministry of Interior, Nasrat Rahimi, said in a series of tweets that over 80 insurgents have been killed in Farah province and clean-up operation is underway around the provincial capital.

According to the local media reports, the Taliban briefly managed to enter Farah city and torched a number of government installations in the province.

According to the Interior Ministry, more than 70 militants, including Taliban’s shadow governor for Badakhshan Qari Fasehuddin, were killed in the exchange of fire with the Afghan forces in the country’s north on Friday.

However, The Taliban have rejected reports about killing of Fasehuddin.

Amid ongoing rejuvenated yet fragile peace talks, Afghanistan has witnessed an alarming spike in violence claiming lives on all sides.

The UN Assistance Mission in Afghanistan documented in July alone over 1,500 civilian casualties i.e. at least 50 civilians killed or wounded on daily basis.