UN probe on Idlib attacks to begin by September’s end

Board to investigate destruction, damage of facilities on 'UN deconfliction list and UN-supported facilities' 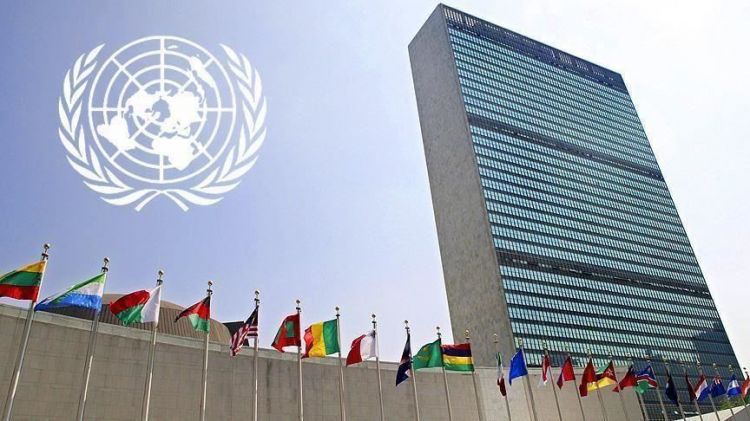 A UN inquiry into a series of regime and Russian attacks on UN-supported facilities in northwestern Syria's Idlib province will begin this month’s end, the international body announced Friday, Anadolu Agency reports.

Secretary-General Antonio Guterres initiated the review at the behest of the ambassadors of the U.S., U.K., France, Belgium, the Dominican Republic, Germany, Indonesia, Kuwait, Peru and Poland who urged Guterres to look into attacks on medical facilities and possible abuse of the UN's deconfliction channel.

The investigation will be led by Nigerian Lt. Gen. Chikadibia Obiakor, and will include Janet Lim of Singapore, and Maria Santos Pais of Portugal.

"The Board will review and investigate a number of specific incidents in which there was destruction of, or damage to, facilities on the UN deconfliction list and UN-supported facilities in the area," Stephane Dujarric, Guterres' spokesman, said in a statement.

The board will begin its work Sept. 30, and "will ascertain the facts of the specific incidents concerned and report to the Secretary-General once it completes its work," Dujarric said.

Guterres "urges all parties concerned to extend their full cooperation to the Board," he added.

Russia, China and the council's non-permanent African countries did not join in the appeal to form the inquiry.

At the time of the request Human Rights Watch offered strong support for the inquiry, saying the UN provided Russia, the regime and other parties with "coordinates of hospitals in Idlib to ensure their safety."

"Yet time and again, those life-saving facilities have been bombed," Louis Charbonneau, the rights organization’s UN director, said in a statement.

Mark Lowcock, the UN's humanitarian affairs coordinator, told the Security Council last month that the regime's more than three-month offensive in northwest Syria has left at least 17 villages in southern Idlib not only decimated but "emptied" as well.

"What you see is a level of destruction consistent with a bombing campaign aimed at a scorched earth policy," he said at the time.