There is no power structure in the world that can deal with issue of this scale - Armenia PM to people
Read: 390

Analyst thinks if Turkey and Russia maintains its presence high in Libya, partition is unavoidable
Read: 361 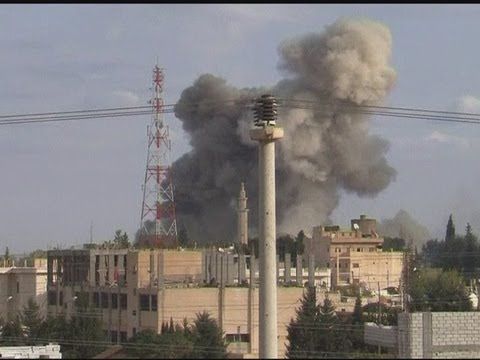 Several large explosions on Wednesday rocked the northeast Syrian town of Ras al Ain, on the border across from the Turkish town of Ceylanpinar, a CNN Turk reporter said, adding that the sound of planes could he heard above, Reuters reports.

He said smoke could be seen rising from buildings in Ras al Ain. As the blasts occurred, President Tayyip Erdogan said Turkey had launched its planned military operation in northeast Syria.

Syrian state media and a Kurdish official separately said bombing hit the town of Ras al-Ain in the northeast along the Turkish border.