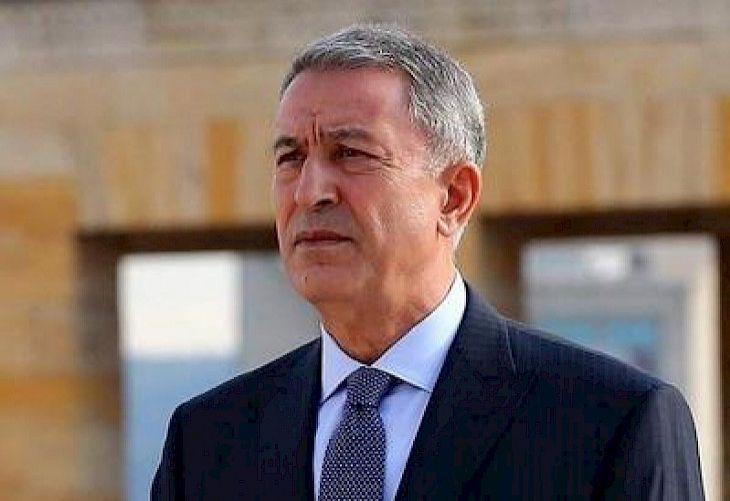 Turkey's national defense minister held a phone call with his Iraqi counterpart on Tuesday, discussing current developments in Syria, according to the Turkish National Defense Ministry.
Hulusi Akar and Najah Hassan Ali Al-Shammari discussed defense and security matters during the call, the ministry added.
Turkey on Oct. 9 launched Operation Peace Spring to eliminate terrorists from northern Syria in order to secure Turkey’s borders, aid in the safe return of Syrian refugees, and ensure Syria’s territorial integrity.
Ankara wants to clear northern Syria east of the Euphrates River of the terrorist PKK and its Syrian offshoot, the PYD/YPG.
In its more than 30-year terror campaign against Turkey, the PKK -- listed as a terrorist organization by Turkey, the U.S., and the European Union -- has been responsible for the deaths of 40,000 people, including women, children and infants.