Russian diplomat warns with return of Cold War by race for military dominance in Europe
Read: 548

III ANIMAFILM ANNOUNCES THE PARTICIPANTS OF THE COMPETITION PROGRAM
Read: 484 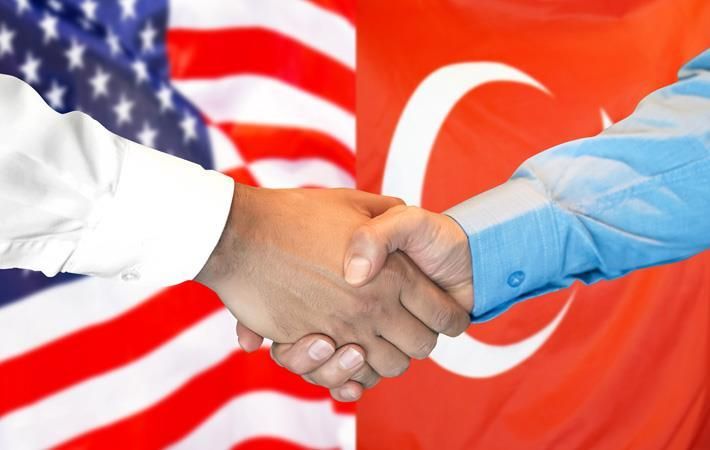 The 13-point document released on the agreement between the United States and Turkey regarding Ankara's incursion in northeast Syria does not specify a permanent ceasefire as U.S. Vice President Mike Pence announced, the National wrote on Thursday.
A U.S. delegation, led by Vice President Pence, on Thursday held a four-hour meeting with President Recep Tayyip Erdoğan in Ankara. A joint statement was released after the meeting.
According to the agreement, the majority-Kurdish People’s Protection Units (YPG) will withdraw from the 32 kilometre-deep, 444 kilometre-long safe zone to be established along the Turkish border in northern Syria in the next five days. Turkey will be responsible for the thousands of ISIS prisoners currently controlled by the umbrella organisation Syrian Democratic Forces (SDF), and commit to protecting ethnic and religious minorities in the region.

Reminder of what "Presidential" look like. George H. Bush letter to Bill Clinton on inauguration in 1993: pic.twitter.com/nuiBERLUdx

The 13-point document is a strategic win for Erdoğan but everything is up in the air regarding its implementation, according to Atlantic Council senior fellow Faysal Itani.
"However this plays out, Mr. Erdoğan can be happy about the US exit and the removal of cover for the YPG, the institutionalisation of his safe zone and the lifting of sanctions," The National quoted Itani as saying.
It is not clear how the YPG could be forced to do anything as long as the group is aligned with the Syrian government, or how Turkey will manage to take the SDF-controlled Qamishli, Itani said. “But overall, these details are not as important as [Erdoğan’s] strategic win.”
Centre for New American Security senior fellow Nicholas Heras told the National that the agreement is a “kingly gift from Trump to Erdoğan” before Erdoğan’s meeting with Putin on the last day of the agreed-upon pause in Turkey’s operation.
Implementation of the agreement would require Russia to guarantee security for the local population, or the complete surrender of the YPG, either of which do not seem to be in the offing, Heras added.
The 13-point document is “irrelevant” when it comes to providing a guideline for implementation, Middle East director of the Foreign Policy Research Institute Aaron Stein said.
“How [Turkey] chooses to administer the zone is up to Ankara,” Stein said. “Turkey sets the tempo and the United States reacts.”
“We get an agreement that the US can say is a ceasefire, Turkey can say isn't a ceasefire, and that doesn't matter anyway because Russia is calling the shots,” German Marshall Fund fellow Nicholas Danforth said.
Contrary to Pence’s announcement, Turkey maintains that the agreement does not constitute a ceasefire but a pause in the operation, since Ankara says a ceasefire is announced between two legitimate sides.