'At best, vaccine will be found in 9 months, while at worst virus will spread again' - UN Secretary-General says
Read: 448 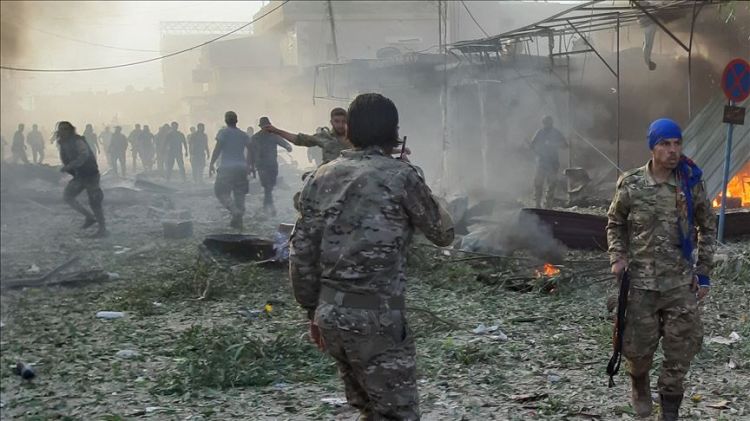 The Syrian branch of the Kurdistan Workers’ Party (PKK), the YPG, has conducted 11 attacks against Turkish forces in Syria within the past 24 hours, according to a statement by the Defense Ministry, Eurasia Diary reports citing Yeni Shafak.
The attacks were conducted within the scope of Turkey’s Peace Spring Operation and carried out mostly with mortars and anti-tank missiles, the statement posted on the ministry's official Twitter account said.
Operation Peace Spring, launched on Oct. 9, aims to eliminate terrorist YPG/PKK elements from northern Syria east of the Euphrates River in order to secure Turkey’s borders, aid in the safe return of Syrian refugees, and ensure Syria’s territorial integrity.
Ankara agreed with Washington on Oct. 17 to pause its operation to allow YPG/PKK terrorists to withdraw from the planned safe zone.
On Oct. 22, Ankara and Moscow reached a deal under which YPG/PKK terrorists will pull back 30 kilometers (18.6 miles) south of Turkey’s border with Syria within 150 hours, and security forces from Turkey and Russia will mount joint patrols there.
In its more than 30-year terror campaign against Turkey, the PKK -- listed as a terrorist organization by Turkey, the U.S. and the European Union -- has been responsible for the deaths of 40,000 people, including women, children, and infants. The YPG is the PKK’s Syrian offshoot.