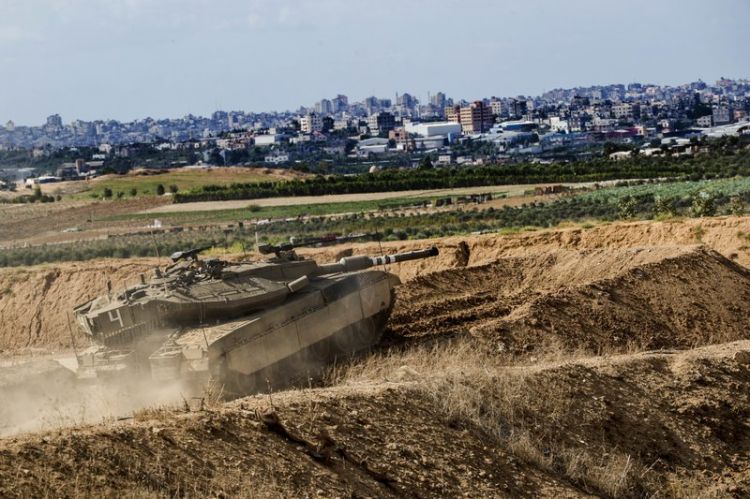 The Israeli military on Wednesday said it struck dozens of Iranian targets in Syria, carrying out a “wide-scale” strike in response to rocket fire on the Israeli-controlled Golan Heights the day before, Eurasia Diary reports citing Associated Press.

The strikes further burst into the open what’s been a long shadow war between Israel and its archenemy Iran. The two foes have increasingly clashed over what Israel says is Iran’s deeper presence along its borders.

“Yesterday’s Iranian attack towards Israel is further clear proof of the purpose of the Iranian entrenchment in Syria, which threatens Israeli security, regional stability and the Syrian regime,” the military said in a statement, adding that it would “continue operating firmly and resolutely” against Iran in Syria.

Israel intercepted the four rockets on the Golan Heights on Tuesday which came amid heightened tensions between Israel and Iranian proxies along its borders. Israeli Prime Minister Benjamin Netanyahu has issued a series of warnings recently about Iranian aggression throughout the Middle East.