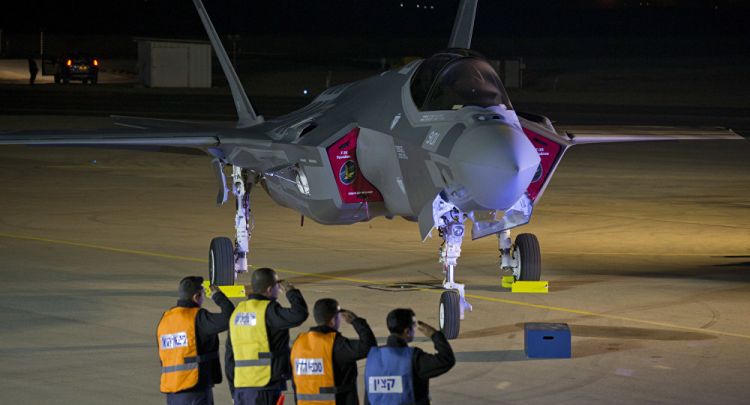 On Saturday, the Israel Defence Forces (IDF) said that air-raid sirens were activated in the Gaza Strip and Sderot, following a launch of three rockets from Gaza, two of which were successfully intercepted by the Iron Dome defence network, Eurasia Diary reports citing Sputnik News.

The IDF said that, in responding to the launch of the rockets from the Gaza Strip, its fighter jets, along with attack helicopters, "struck a number of Hamas terror targets in Gaza".

According to the IDF, among the targets were "warehouses, offices and security posts" claimed to belong to Hamas.

The IDF stated that Hamas "is responsible for what is happening in and out of the Gaza Strip and it will have consequences for actions against Israeli citizens".

​On Saturday, the IDF said that the Iron Dome Aerial Defence System intercepted two out of three rockets that were allegedly fired from the Gaza Strip.

Tensions between the Israelis and the Palestinians near the Gaza border have been high for decades. Tel Aviv has consistently blamed Hamas for the aggressive actions of Gaza residents toward Israel.