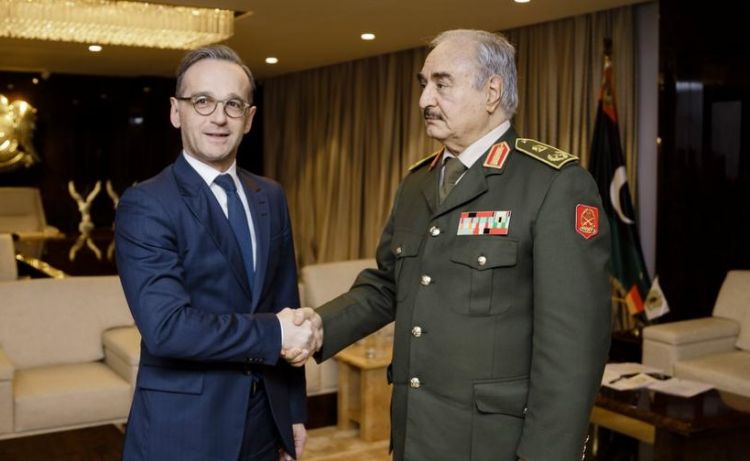 Maas flew to Benghazi at short notice on Thursday for crisis talks with Haftar , who is the commander of eastern Libyan forces, ahead of Sunday's Libya conference to be held in Berlin.

"General Haftar has signaled his readiness to contribute to the success of the Libya Conference in Berlin and is willing to participate," Germany's Foreign Office said in a tweet. "He has repeated his commitment to observe the existing cease-fire," the tweet added.

Earlier in the week, Haftar refused to sign a cease-fire agreement in Moscow with his rival, Prime Minister Fayez Sarraj. Following the meeting with Maas, Haftar is now expected to join the Libya summit.

"It is a good message that he is willing to keep to the cease-fire," German Chancellor Angela Merkel said later on Thursday.

"At the Libya conference we must above all see that the weapons embargo is adhered to again, which is basically agreed by the UN but unfortunately not kept to," she added.