daily news
Azerbaijan coronavirus cases reach 717, deaths 8, while 44 recovered
Iran hopefully to reach key stage of battling COVID-19 by May 20
Roscosmos reacts Trump's decrees on exploitation of moon and other celestial bodies
Iran ready to cooperate with Turkey on fight against COVID-19 outbreak - Zarif
Coronavirus cases reach to 62,589 in Iran
Global deaths from coronavirus pass 75,000 mark
All border-crossing points between Georgia and Azerbaijan closed
“If we wait pandemic to appear, it will be late to prepare - George Bush warned of next Pandemic - VIDEO
﻿

Iran urgently deployed dozens of missile systems on the coast of Strait of Hormuz
Read: 2528

US and its allies characterize Chinese and Russian aid as a political ploy to garner influence - US expert-Exclusive
Read: 1683 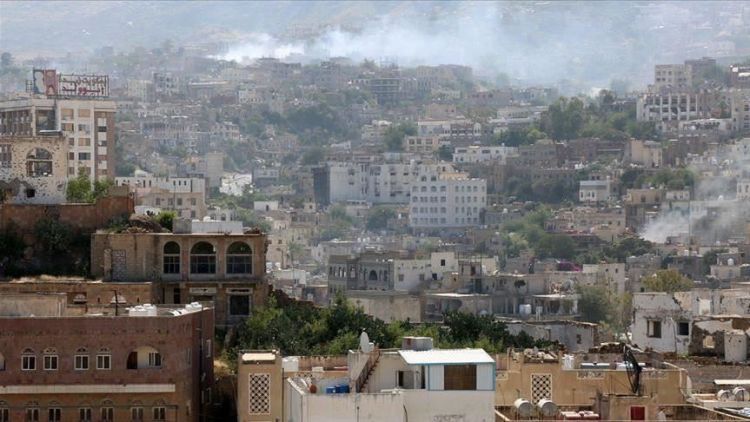 Houthi rebels said Saturday 31 people were killed and 12 others injured in Saudi-led coalition airstrikes in Al-Jawf.

The group said the attacks targeted civilians checking the wreckage of a Tornado fighter jet downed by Houthis a day earlier in the province.

"So many people are being killed in Yemen — it's a tragedy and it's unjustified," UN humanitarian coordinator for Yemen, Lise Grande, said in a statement.

"Five years into this conflict and belligerents are still failing to uphold this responsibility," she said. "It's shocking."

"Under international humanitarian law parties which resort to force are obligated to protect civilians," the UN official said.

Yemen has been beset by violence and chaos since 2014, when Houthi rebels overran much of the country, including the capital, Sanaa. The crisis escalated in 2015 when a Saudi-led military coalition launched a devastating air campaign aimed at rolling back Houthi territorial gains.

Tens of thousands of Yemenis, including numerous civilians, believed to have been killed in the conflict since then, while another 14 million are at risk of starvation, according to the UN.