28 years without Lachin - What are we waiting for? | Eurasia Diary - ednews.net

Is there any point in replacing the OSCE Minsk Group with another diplomatic mechanism? - The explanation by Azerbaijani expert
Read: 567

We call on the UN and international community to urge Armenia to refrain from another military aggression - Azerbaijan President
Read: 207

28 years without Lachin - What are we waiting for? 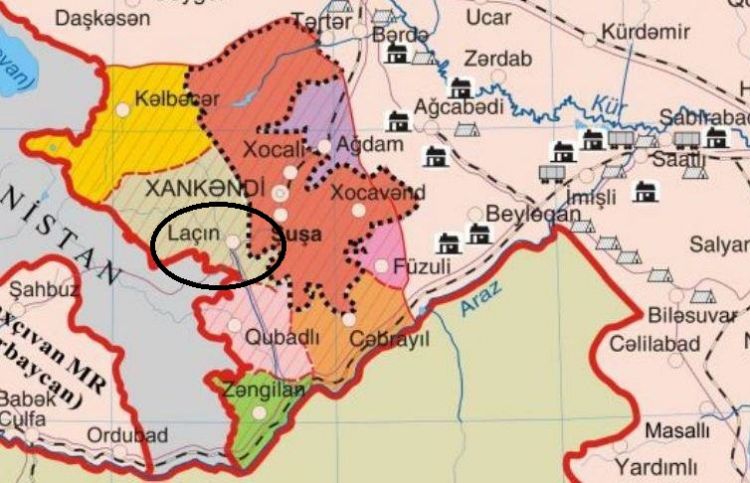 Today Azerbaijan is marking 28th anniversary of the occupation of Lachin region of Garabagh. Lachin is one of the strategic regions of Azerbaijan for Armenians in terms of a corridor bewteen Garabagh and western Azerbaijan. In 1992, the same day Lachin was occupied by Armenian military troops, where more than 300 Azerbaijani military men and civilians were killed or went missing and 103 people were wounded or disabled. Moreover, in the military attack 18 Azerbaijani children were killed, 225 were injured and 31 lost both of their parents.
The statistics above are not just information in history but also a bleeding woulnd in the heart of all Azerbaijani nationals who grieve for the loss of Azerbaijan's land.
By the time that Lachin was occupied by Armenians there were 63,000 Azerbaijanis living in the region. However until 1988 before the Nagorno-Karabakh conflict had started, the statistics showed that 90% of almost 259,000 population of Lachin were Azerbaijani nationals.
After the occupation of Lachin 122 villages around the region were ruined and dozens of industrial facilities were demolished.
As many as 8,950 buildings, 7 industrial and construction enterprises, 471 service facilities, 154 schools and many cultural and historical monuments of Lachin remain under occupation until today.
The material damage caused to the area during the occupation exceeds $7 billion.
The region was rich in minerals, construction materials, gold, mountain crystal, silk, granite, mercury, limestone, harsh stone, traver­tine, mineral water, and healing herbs. There were rare mahogany trees, cobalt, uranium, iron, and marble of different colors.
Lachin had also beautiful nature where 34,877 hectares of its territory were covered with rare mahogany trees included in the Red Book. Due to invasion most of these natural resources were destroyed or overexploited by Armenian militants.
Despite 28 years have passed, the peaceful negotiation of Nagorno-Karabakh conflict is still underway, and none of the sides have found ways for settlement of this problem. Another problem is the time that waits nobody and gradually makes all new generation to have vague memory of Garabagh. I wonder what are we still witing for?...Is it possible to fight for something that you have no idea about? Therefore there is only one way through - either Garabagh or nothing without it! Or it will be too late!!!