Two Turkish drones were shot down in an air battle over Tripoli | Eurasia Diary - ednews.net

Russian fighter jet shot down two additional US drones near Khmeimim air base in Syria
Read: 1400 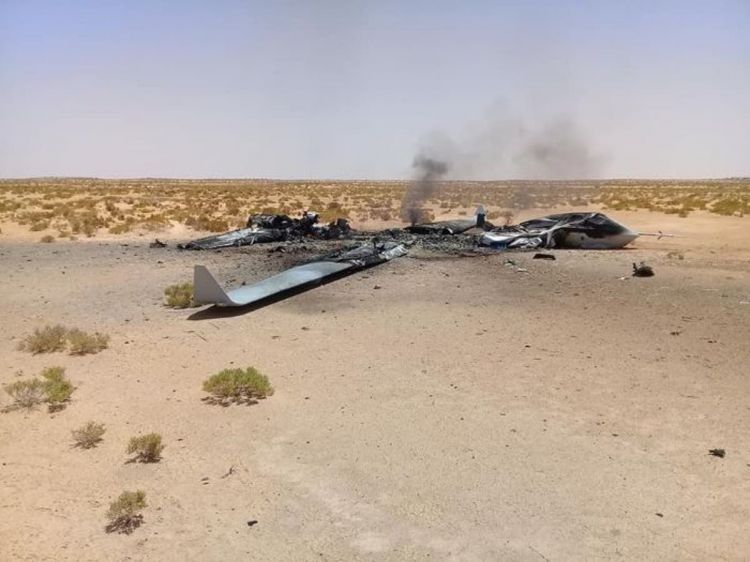 Recall that after the overthrow of Muammar Gaddafi in Libya, dual power was established: the Government of National Accord (GNA), recognized by the international community, headed by Prime Minister Faiz Saraj, is based in Tripoli, and the provisional cabinet of ministers Abdullah Abdurrahman at-Thani, supported by the LNA, operates in the east of the country jointly with the elected parliament.

For more than a year, the opposing forces have been fighting for Tripoli after Haftar launched an offensive with the goal, as he claimed, to free the capital from terrorists.

At the beginning of this week, GNA formations, with the active support of Turkish unmanned aerial vehicles, managed to dislodge the army from the El Vatyya strategic airbase (100 km southwest of Tripoli). Following this, they began to prepare an attack on Tarhuna and subjected this city on Thursday morning, May 21, to massive shelling from multiple launch rocket systems.

Earlier, Haftar’s forces unilaterally announced a temporary ceasefire and the withdrawal of troops on all fronts in the capital at a distance of 2-3 km on the occasion of the feast of the burning of Eid al-Fitr (Eid al-Fitr among the Turkic peoples). But the clashes did not stop.