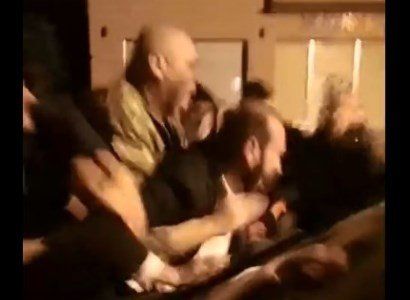 After the announcement of Prime Minister Nikol Pashinyan on handing over lands, numerous protesters occupied the buildings of the Government and the National Assembly (NA) of Armenia, Eurasia Diary reports citing Armenian Media.

A clash took place between NA speaker Ararat Mirzoyan and these protesters near the government mansions.

A respective video posted on the Internet shows that a group of protesters surrounded Mirzoyan's service car, took him out of the car, insulted and cursed him, and then beat him.