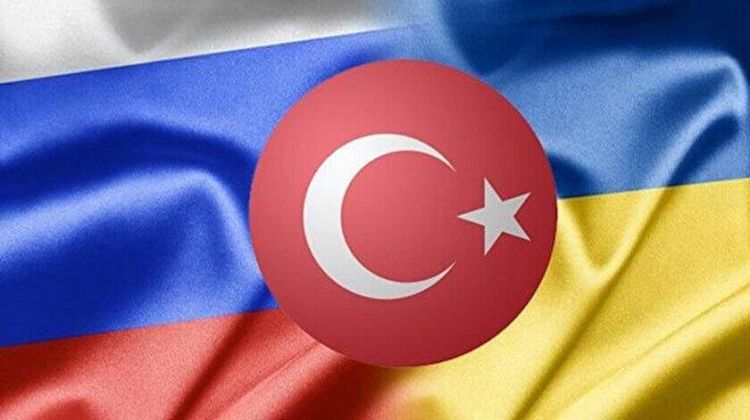 Within the scope of mediation efforts, Ankara has invited Russian President Vladimir Putin and Ukrainian President Volodymyr Zelensky in Turkey for a face-to-face meeting amid rising tension in the region, President Recep Tayyip Erdoğan said on Jan. 20.

“We disapprove of the developments between Russia and Ukraine since the existence of an atmosphere of war in the region and the emergence of such psychology upsets us as a country that has relations with both the sides,” Erdoğan said, speaking at a joint press conference with his Salvadoran counterpart, Nayib Bukele.
“We hope to bring together Mr. Putin and Zelensky as soon as possible and to ensure that they have a face-to-face meeting,” Erdoğan stated, noting that he would visit Ukraine in early February. “Our hope is for peace to reign in the region,” he added.
Turkey attempts to hold the next meeting of the Organization for Security and Cooperation in Europe (OSCE) Minsk group between Ukraine and Russia in Istanbul, anonymous Turkish diplomatic sources said.
The meeting of the Trilateral Contact Group includes Russia, Ukraine, the OSCE and representatives from the Donbass conflict region, said the sources. Both parties are “warm to Turkey’s mediation,” the sources said, adding Ankara wants to “calm down tension, avoid conflict and increase dialogue.”
The tension is continuing between Ukraine and Russia that also involved NATO, and Turkey is in contact with all the relevant parties, Foreign Minister Mevlüt Çavuşoğlu said on Jan. 20, adding, “We hope for de-escalation through these talks.”
Kiev has been battling a pro-Moscow insurgency in two breakaway regions bordering Russia since 2014 when the Kremlin annexed Ukraine’s Crimean Peninsula. The conflict in eastern Ukraine has so far left more than 13,000 dead.
International monitors said on Dec. 22, 2021, that Russia and Ukraine had agreed to restore a ceasefire, but as early as the next day, Kiev and separatists accused each other of new violations.
Moscow is at unease over Turkey’s arms sales to Kiev, saying that Ukraine is using Turkish-made drones in the conflict zone in the Donbass region.
Zelensky sought Erdoğan’s help for the release of 450 Ukrainian citizens detained by Russia, Ukrainian Foreign Minister Dmytro Kuleba said in September last year.
The detainees included Nariman Dzhelyal, the deputy head of the Crimean Tatar National Assembly.
Tensions between Ukraine and Russia have been high since the annexation of the Crimean Peninsula by Russia in 2014.