After headscarf, burkini sets off controversy in France
Read: 193

Kyrgyzstan, Tajikistan agree on full cessation of hostilities on border 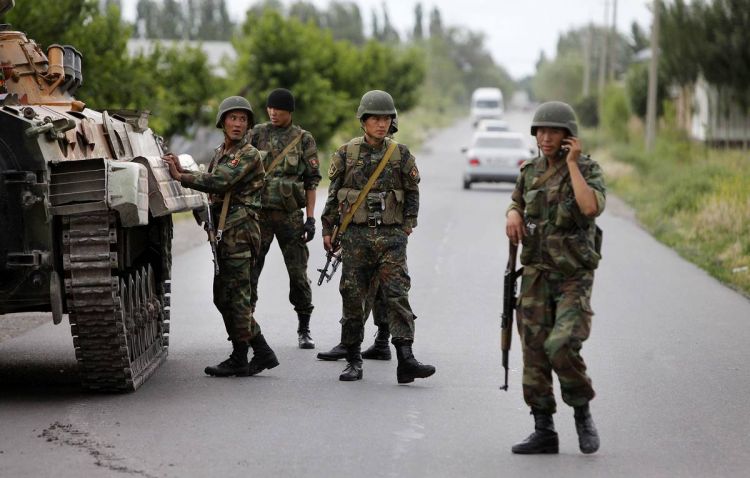 Kyrgyzstan and Tajikistan have agreed on a full cessation of hostilities on the border, the Kyrgyz border service told on Friday, Sputnik reports.

"During the negotiations ... the following agreements were reached: on a complete ceasefire; on the withdrawal of additional forces and means sent to the border to places of permanent deployment by each of the parties; on opening traffic on the Batken-Isfana highway; on joint patrolling border regions by law enforcement officers of Kyrgyzstan and Tajikistan in order to prevent conflicts," a Kyrgyz border service spokesman said.

Earlier, Kyrgyz President Sadyr Japarov said that he was in control of the situation on the border with Tajikistan.

"Dear citizens of Kyrgyzstan! The situation on the border is fully under my control. God willing, we will resolve everything via negotiations, peacefully. Do not worry!" Japarov wrote on his Facebook page.

On Thursday, the border service of Kyrgyzstan stated that shootouts between Kyrgyz and Tajik border guards had taken place. According to the agency, the Tajik side used grenade launchers and mortars.

The cause of the conflict was the blocking of the highway connecting the Kyrgyz cities of Isfana and Batken by the Tajik military.

The border of Kyrgyzstan and Tajikistan periodically turns into a conflict zone between local residents and border guards of the two countries, as a number of non-delimited areas remain where it is impossible to determine where the border runs.