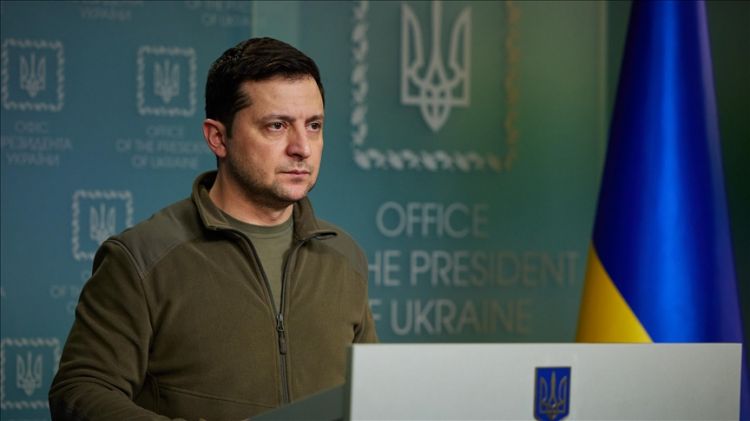 Turkish and Azerbaijani presidents will help Kyiv start negotiations with Moscow, Ukrainian President Volodymyr Zelenskyy said on Saturday.
Zelenskyy’s remarks came in a video message in which he commented on the latest developments in his country following the Russian military intervention earlier this week.
The Ukrainian leader said Turkiye's President Recep Tayyip Erdogan and Azerbaijani President Ilham Aliyev assured him they would help start negotiations with Russia, an offer he has welcomed.
He also exchanged views with the leaders of Switzerland, Greece, the Netherlands, Italy, and India, among others, and noted that Ukraine gained the sincerity and attention of the civilized world as the conflict with Russia raged.
Reports coming in on the third day of Moscow’s attack indicate ongoing clashes between Russian and Ukrainian troops in the capital Kyiv.
Russian President Vladimir Putin ordered the military intervention on Thursday, days after recognizing two separatist-held enclaves in eastern Ukraine.
He claimed that Moscow had no plan to occupy its neighbor, but wanted to “demilitarize” and “denazify” Ukraine.  ​​​​​​​