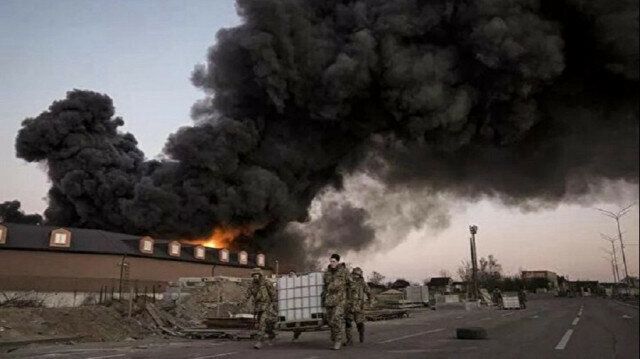 Russian forces on Friday continued their push to capture residential areas in the Ukrainian capital, Kyiv, killing at least one person while injuring four others, Ednews reports citing Yeni Safak.

The attack caused severe damage to several apartment buildings in the area, as well as a school.

Due to the explosion, the windows of some houses in the vicinity were broken and a large number of vehicles were rendered unusable.

Medical teams in the region told Anadolu Agency that at least one person was killed and four others were injured in the attack.

Two people had been killed the previous night by Russian forces in another attack on the Ukrainian capital.

At least 780 civilians have been killed in Ukraine and over 1,250 injured since Russia launched a war on its western neighbor on Feb. 24, the UN has said, warning the true toll is likely much higher as access to areas of increased hostilities remains limited.

Nearly 3.2 million Ukrainians have also fled the country, according to the UN refugee agency.