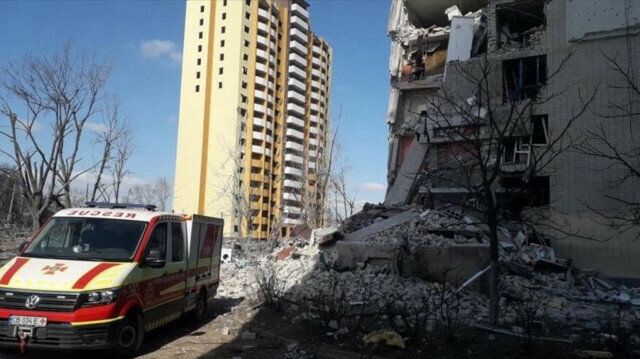 The Red Cross is seeking permission from Russia to set up an office near Ukraine to improve its work in an area of eastern Ukraine controlled by Moscow.
The International Committee of the Red Cross (ICRC) has asked Russian authorities to allow it to open an office in Rostov-on-Don, a southern port city bordering Ukraine, said ICRC head Peter Maurer.
"I would like to get your support in strengthening the logistics structure in Russia in order to improve our work in the Donbas and other parts of Ukraine under control of the Russian armed forces,” he told Russian Foreign Minister Sergey Lavrov in Moscow. “To do this, we have sent a request to open an office in Rostov-on-Don – this will be a good starting point."
Much of Donbas has been under Russian control since 2014, when Russia-backed separatists started fighting there. The violence there has cost some 13,000 lives, according to UN estimates.
This February, days before Russia’s war on Ukraine began, Russia recognized two enclaves in Donbas as “independent.”
Maurer said he came to discuss a number of major issues, including delivering humanitarian aid to conflict zones, making it mutually acceptable for Russia and Ukraine to deliver humanitarian aid to disputed territories, and improvement of logistics.
He thanked Lavrov for longstanding "positive cooperation" with Russia in various parts of the world, including in the Middle East, Afghanistan, Nagorno-Karabakh, and Ukraine, and voiced hope that this will continue.
For his part, Lavrov said Russia is interested in solving problems "accumulating in Ukraine," including the evacuation of civilians and safe passage of humanitarian goods.
He invited Maurer for "a substantive discussion," without politicizing the problems, he said.