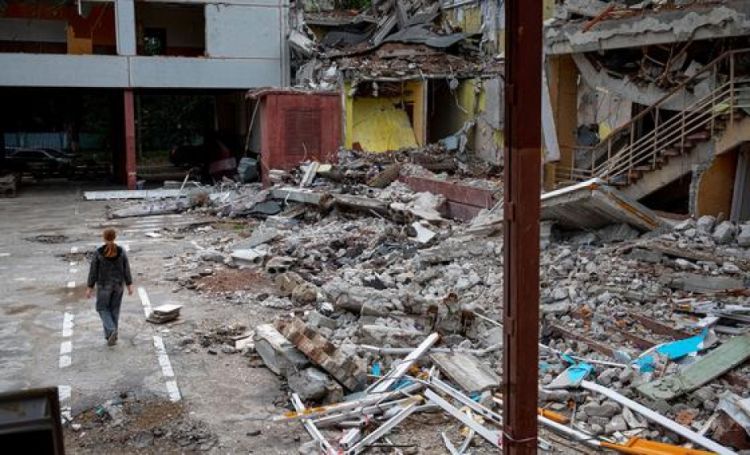 Russia on Friday vetoed a Security CouncilOpens in new window resolution which described its attempts to unlawfully annex four regions of Ukraine earlier in the day with a formal ceremony in Moscow, as “a threat to international peace and security”, demanding that the decision be immediately and unconditionally reversed.
The draft resolution, circulated by the United States and Albania, was supported by ten of the fifteen members of the Council, with Russia voting against it. Four members abstained, Brazil, China, Gabon and India.
The draft described the so-called referendums held by Russia in the four regions of Ukraine which Moscow now regards as sovereign territory – Luhansk, Donetsk, Kherson, and Zaporizhzhya – as illegal and an attempt to modify Ukraine’s internationally recognized borders.
Withdraw now
It called on all States, international organisations, and agencies not to recognize the Russian annexation declaration, and called on Russia to “immediately, completely and unconditionally withdraw all of its military forces” from Ukrainian territory.
Due to Russia’s veto, following a new procedure adoptedOpens in new window in the UN General Assembly in April, the Assembly must now meet automatically within ten days for the 193-member body to scrutinize and comment on the vote. Any use of the veto by any of the Council's five permanent members triggers a meeting.
On Thursday, UN Secretary-General António GuterresOpens in new window condemned the annexation plan as a violation of international law, warning that it marked a “dangerous escalation” in the seven-month war that began with Russia’s invasion of Ukraine on 24 February.
“The Charter is clear”, said the UN chief. “Any annexation of a State’s territory by another State resulting from the threat or use of force is a violation of the Principles of the UN CharterOpens in new window”.
Speaking before the vote, United States Ambassador Linda Thomas-Greenfield, said that the referendums were a “sham”, predetermined in Moscow, “held behind the barrel of Russian guns.”