Palestinian shot dead in a shoot-out in West Bank - ednews.net

Palestinian shot dead in a shoot-out in West Bank

Four Israelis and one Palestinian injured in gun attack in Hebron, with extreme-right Israeli politician Itamar Ben-Gvir claiming his home was target ahead of Tuesday's elections 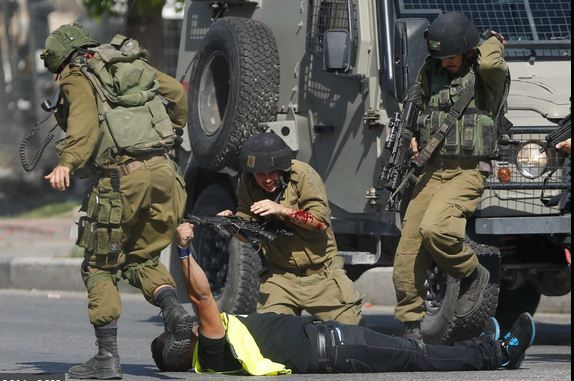 A Palestinian gunman shot dead an Israeli in the flashpoint West Bank city of Hebron on Saturday and wounded four others, including another Palestinian, before being killed by a security guard, the Israeli military, medics and a settlement spokesperson said.

The shooting came just days before Israel holds its fifth election in less than four years and with violence surging in the West Bank, a Palestinian territory occupied by Israel since 1967.

Extreme-right Israeli lawmaker Itamar Ben-Gvir, whose Religious Zionism alliance is eyeing major gains in elections on Tuesday, claimed on Twitter that his Hebron home was the target.

Israel's security forces have not confirmed the allegation and Israeli media, citing security sources, have reported that Ben-Gvir's home in a Hebron settlement was not targeted.

A spokesperson for Jerusalem's Hadassah Medical Center told AFP that the man had later died of his wounds.

The other Israelis suffered less severe injuries, the MDA said, while the Palestinian Red Crescent reported that the Palestinian victim was being treated at a Hebron area hospital.

Israel's army said "a terrorist shot live fire" near a checkpoint in Hebron, a West Bank city which is also home to a community of hardline Jewish settlers.

An army spokesperson told AFP that an Israeli security guard shot the attacker dead at the scene.

"Soldiers are conducting searches in the area" for additional suspects, the army said.