"Russia must leave Karabakh in any case, or..." - Expert - ednews.net

"Russia must leave Karabakh in any case, or..." - Expert

In Donbass and Lugansk, the Russians supported the separatists in Karabakh before the annexation. Russian centres were opened, aid was distributed to people.

Some political experts think that Russia is acting in the same scenario in Karabakh.

According to them, they take the same position in Azerbaijani territories controlled by Russian peacekeepers in Karabakh.

Speaking to Ednews, political expert Ramiz Sevdimaliyev said that even if Russia intends to implement the Donbas plan in Karabakh, it is far beyond the reality. 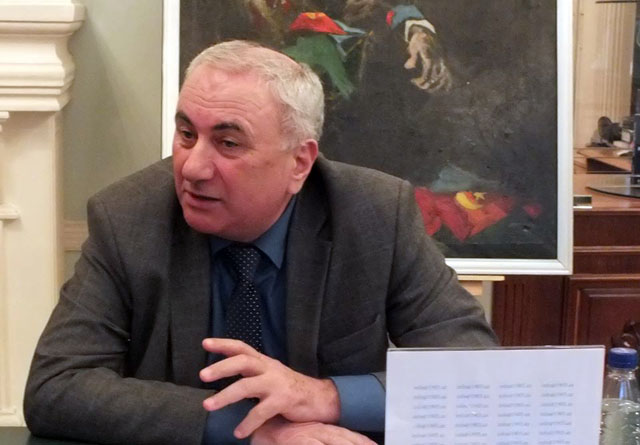 "Because currently the flag of Turkiye waves just a few meters from the Russian peacekeeping forces stationed by Russia in Karabakh. Even if Russia tries to do this, it knows very well that it will always face a strong opponent like Turkiye."

The expert noted that the processes are also related to the results of the war in Ukraine.

"Let me bring to your attention an issue that the course of the current war in Ukraine can change many things. Russia intends to completely annex the territory of Ukraine, and if Russia wins this war, the South Caucasus, like other post-Soviet territories, will be at the forefront of the countries threatened by Russia."

Ramiz Sevdimaliyev also noted some necessary facts regarding the withdrawal of peacekeeping forces from Karabakh. He spoke about the most important steps to be taken for this.

"The removal of peacekeepers from Karabakh is based on many factors. It goes without saying that this primarily depends on the outcome of the negotiation process between Armenia and Azerbaijan. At the same time, there are important things to be done here: For example, Russian peacekeepers are scheduled to leave Karabakh in November 2025. For this, they should be addressed 6 months in advance, and therefore, by that time, both refugees and internally displaced persons should be resettled by Azerbaijan in Karabakh, and communication should be established between the Armenian community living in Karabakh and the Azerbaijani settlers. All this has not happened yet, and the peacekeepers in this case do not take any initiative. This creates the basis for Russia to continue its presence in Karabakh. In short, it will be possible for the peacekeeping groups to completely leave Karabakh only after the relations between Armenia and Azerbaijan are normalized."