In the heartland of the Catholic Church, a new Mormon temple is now open for business. The Rome Temple has been 10 years in the making. 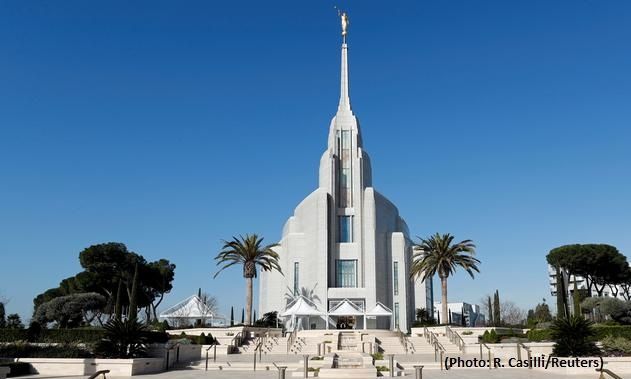 On Sunday, the city of Rome is playing host to a major religious celebration — but not one taking place in Vatican City. The Rome Temple, the largest complex for the Church of Jesus Christ of Latter-day Saints — also know as the LDS or Mormon Church in Europe — was officially dedicated after over 10 years of construction.

Far away from the crowds in St. Peter's Square, nestled just at the edge of the Grande Raccordo Anulare, the ring highway that encircles metropolitan Rome, the compound boasts a 3,716-square-meter (40,000-square-foot) church, visitors' center and a family history center (one of the many genealogy research centers funded by the LDS Church around the globe).

Raimondo Castellani, the head of public affairs for the Italian branch of the LDS church, said having the Mormon place of worship in Rome was highly significant.

"Rome is the world center of Christianity. It's the city where the apostles Peter and Paul preached and were martyred ... how could we not have a temple here?" he asks.