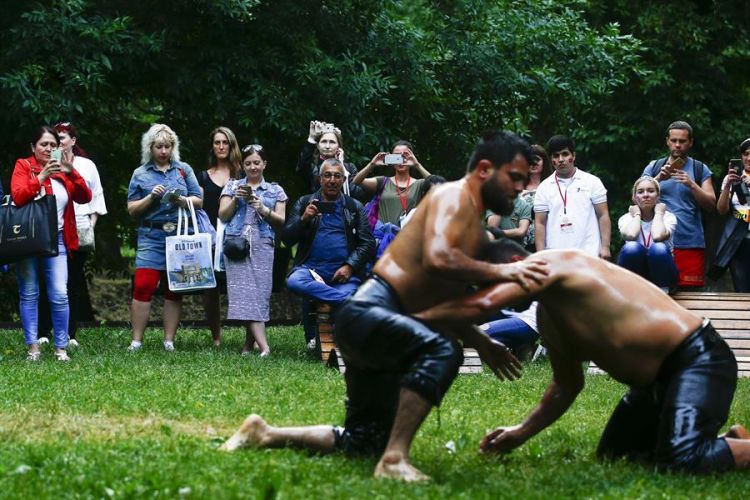 A Turkish festival kicked off in the Russian capital on June 14, Hurriyet reports.

The event, organized by Turkey's Ministry of Culture and Tourism and the Embassy in Moscow, will showcase Turkish culture and traditions.

Turkey's Ambassador to Moscow Mehmet Samsar in his opening speech said this is one of the biggest festivals of its kind.

Münir Karaloğlu, governor of Turkey's resort city of Antalya which is popular among Russian tourists, also attended the event.

More than 100,000 visitors are expected to attend the festival in the Krasnaya Presnya Park which will run through June 16.